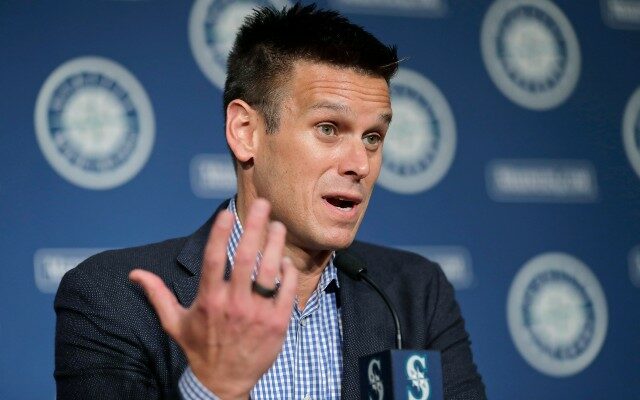 The Major League Baseball lockout is over, and Spring Training has officially begun. But there were a handful of big-name players who did not sign contracts with new teams before the lockout began, and there are plenty of free agents still on the market as the season looms closer.

The Seattle Mariners are coming off one of their best seasons in recent memories. They finished 90-72, just barely missing out on the MLB postseason. There is a lot of momentum surrounding the Mariners, and they could really make a push this season. The Athletics just traded away Matt Olson, and Bob Melvin isn’t returning. There’s a chance that Carlos Correa will leave the Astros. The Rangers are still in a rebuild, and the Angels still don’t seem like a contender despite adding free agents in recent years.

The Mariners have already been busy since the offseason began, pre-lockout. They nabbed AL Cy Young winner Robbie Ray. He went 13-7 with a 2.84 ERA in his breakout year in Toronto. Ray had a 1.04 WHIP and struck out over 240 batters. He is a top-of-the-line pitcher that gives Seattle another ace at the top, considering they already had Marco Gonzales, and they have a bevy of other young, promising arms.

It didn’t stop there. Seattle traded for All-Star second baseman Adam Frazier. Frazier was a bright star on a very sad Pirates team in 2021 before they dealt him to San Diego at the deadline. Before the trade, Frazier, 30-years-old, hit .324 with 124 hits. At the end of the season, his average was .305 with 36 extra-base hits, a .388 OBP, and a .448 slugging percentage.

Seattle then kept up that pace as soon as the lockout ended, and it maybe was their biggest move yet. They traded for Jesse Winker from the Cincinnati Reds. Winker appeared in 110 games with 423 at-bats. He finished with 24 home runs, 71 RBIs, and 235 total bases. He was brilliant for Cincy last year, and they also get Eugenio Suarez in the trade, who can play third base. He had a horrific .198 average in 2021, but he did belt 31 home runs, and he can be a stop-gap for the Mariners in the infield and as a designated hitter.

The only downfall was having to part ways with Justin Dunn, a promising young pitcher who made some starts for Seattle last season. They also sent Jake Fraley in the trade who is a young outfielder who belted nine home runs for the Mariners in 2021.

“We’re incredibly excited at the chance to acquire two All-Star-caliber players,” Seattle general manager Jerry Dipoto said. “Jesse has been one of the premier offensive players in the league over the past two seasons, while Suarez brings a long track record as a power hitter.”

They have had some notable losses. Pitcher James Paxton who was injured in 2021, is no longer a part of the rotation. They have also lost Yusei Kikuchi, who was a staple in their rotation. Kyle Seager, the team’s heart-and-soul, retired earlier in the offseason.

Overall, the Mariners are showing that they aren’t afraid to spend money, trade for pieces, and go all-in in 2022. They still have some holes, and there are plenty of free agents who they may have their eyes on. Upgrading at the starting pitcher position and always looking to add power should be key for the Mariners. They have tons of money to upgrade their roster as they aren’t close to the luxury tax. There are plenty of options for them left in free agency. Let’s break down a couple of options.

The Mariners need one more pitcher in the rotation that can eat innings. Michael Pineda is a veteran, and while his numbers aren’t going to blow you away, he is going to serve as an older guy who can help along some of these younger pitchers and give you 20 or so starts. Last year, he was 9-8 with a 3.62 ERA and 1.23 WHIP. Pineda began his career with Seattle back in 2011 before being traded to New York. He is 33-years-old, so a cheap one-year deal would be the best option.

Smyly is coming off a World Series season with the Atlanta Braves. The Mariners already have two left-handed starters at the top of their rotation, so they likely will want to add a third righty, but this could be an option. Smyly is another veteran and gave the Braves 15 starts last season. He had a 4.18 ERA last season and struck out over 100 batters. He will not give you more than 12 quality starts, but he might be able to win double-digit games and provide you with quality innings. It is never a bad idea to add a World Series player who can keep guys focused.

Okay, this is a long shot, but Bryant would be one of the biggest free agent signings in Mariners history. The former Cub was great for the Giants after his trade and could be versatile for Seattle, who could have holes at third and in the outfield, especially until Jarred Kelenic proves he can be an everyday starter. Bryant hit 25 home runs and drove in 73, and hit 32 doubles. Star power is good, former World Series winners are good, veterans are good. Bryant’s market hasn’t exactly been the hottest for whatever reason, and Seattle could make a lot of fans happy if they show that they are all in on winning. If the Mariners want to compete with a team like Houston, this is a guy they need.