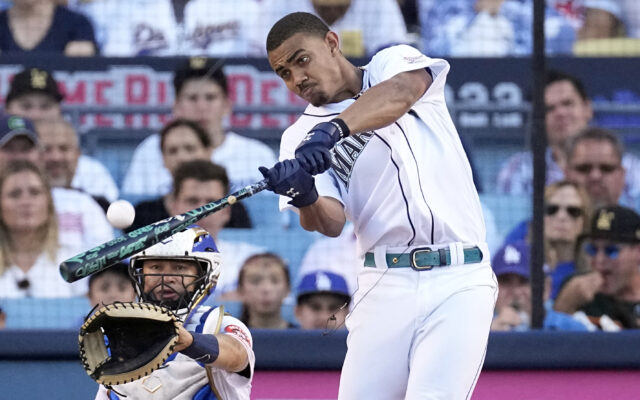 Eight years is a really, really long time in sports fan years. It’s practically a decade. Each season, two out of sixteen teams make it to the NFC Championship game, it’s almost mathematically impossible to fail to make it ten times in a row, but Seattle is getting dangerously close. The good news is, that means they’re also getting very close to getting back.

Twenty-one years is even longer than 8, not just in terms of how long that is but also how long that feels. A playoff drought of more than a decade is nearly unheard of in professional sports, and two is just silly. Luckily for Seattle, they are still two decades away from clinching the St Louis Browns’ all-time streak in MLB history of 41 seasons, which hopefully will never be broken.

30 is an eternity compared to 21. People are closing their 20s in this area that never saw Portland in the Finals; they never even saw Seattle in the Finals. Memorial Coliseum and Key Arena were just for concerts and minor league hockey to these people. Damian Lillard was just shy of turning two years old the last time Portland was in the NBA Finals. A week ago, Mr. Lillard Time celebrated his 32nd birthday.

That’s all the bad news. The good news is that each team is very close to turning the corner, and that’s why now is the best time to be a sports fan in the pacific northwest.

The Mariners have been playing well this year, and if they can win 12 more games than Houston does over the next 68 games, they could win their division. Even if they don’t win their division, they could land in one of the three AL wild card spots this year, and this year that doesn’t mean just a game to get in the playoffs; it’s a legitimate best of three series. They are currently holding the second of three wild card spots, with just a one-game lead over Toronto.

Aiding the Mariners in their quest to get back to the playoffs is rookie phenom Julio Rodriquez, who is the best young player they have had since Ken Griffey Jr. began his ascent to stardom in 1989. Julio has already matched Griffey Jr’s rookie home run mark of 16 with plenty more games to go. Even if they only get to the playoffs to get bounced in the wild card round, it’s still a great accomplishment. Rodriquez wasn’t even a year old the last time they made the playoffs; that’s how incredible it would be if he helped them finally get back to the dance.

Down in Portland, things are looking up for the first time since the day before Neil Olshey was hired as GM in 2012. Joe Cronin has made more solid moves than head-scratchers and has the team on the rise with a well-thought-out and deep roster, something they haven’t had since 2014. While they may not look like a league winner on paper, this team has the pieces they need actually to compete with the elite of the Western Conference. They may not win it all this season, but big things are definitely on the horizon. They have an excellent team with talent at all five positions, a good rotation with players that can actually shoot coming off the bench, as well as some talented defenders that can play at least three positions. In a shoot-first league, you have to be able to slow down the other team, something Portland has struggled with for years, but this year may be the turning point. Even if they don’t win a title this season, it’s improbable they will miss the playoffs or be seen as a one-dimensional team.

This brings us to the Seahawks. Seattle’s training camp opens on July 27th, and their first preseason game is on August 13th. We will finally get a chance to see their new look on offense and defense in action and a preview of what life after Russell Wilson looks like and who his year one successor will be.

Drew Lock was brought to Seattle in the trade, but Geno Smith has a full year in the system under offensive coordinator Shane Waldron, and Smith sadly looked better than Wilson at times last season, which could give him the inside track to winning the QB competition. Lock has shown flashes in a short three-year career in Denver, and he had to learn two systems while there so he could pick up this one quickly. No one has tipped their hand as to who has the lead currently. Still, once the preseason kicks off, it won’t be hard to tell since we’ll get to see them playing real game situations where they can’t hide behind Pete Carroll’s relentless rah-rah-rahs to the public about what may or may not be happening during practice sessions closed to the press or public.

Regardless of who plays at QB, the team seems to have a great answer at many other positions and may have a complete roster for the first time in, oh, about eight years. Wilson carried the team the last few seasons, but his bloated contract almost made that a requirement. That won’t be an issue for at least this year, as Lock is playing on an expiring deal, and Smith is as well. Seattle wisely opted to stay away from Baker Mayfield’s lopsided expiring contract, and if they can’t win this year, they can always draft a QB next year or trade for one. QB may be their biggest question going into the season, but that was the case last year, and at least now they have an influx of talent to work with and build toward something. The defense could be really, we know they have talented receivers, and the coaching staff knows what they are doing. This team may not win the Super Bowl this year, but it’s unlikely they go 7-10 again. This is a team that will surprise people, maybe even their own fans.