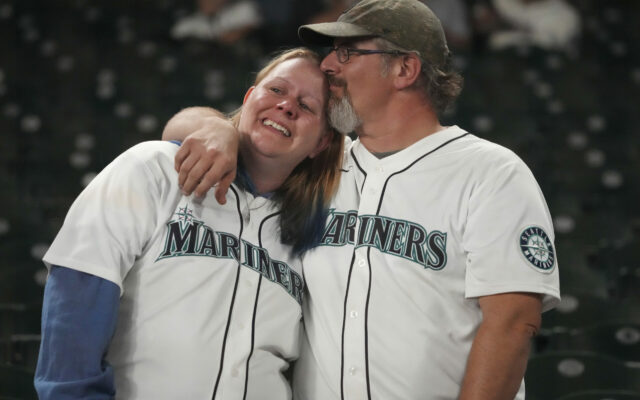 Once a team in any sport makes the playoffs, there are only two ways its season can end: Heartbreak over what could have been-or a victory parade.

For the Seattle Mariners and their fans, they were left with heartache; a feeling resurrected after two decades of absence.

But out of the heartbreak comes hope. Hope that it will not be 20 years again before the team makes it back to the playoffs and that maybe in the near future, the team will finally reach its first world series.

As a Mariners fan from the time I first became interested in baseball at age 9, I’m intimately familiar with the team’s follies and failures of the past two decades. I remember the craziness of following the team in 1995 when they made the playoffs for the first time in the team’s existence, of joining second basemen Joey Cora in tears as the team’s miracle run fell short in the American League Championship series. I remember watching the team storm toward the AL pennant in 2001, the world stopping in the wake of the September 11th attacks, and then the team coming up just short against a New York Yankees team that had the sympathies of most of the globe.

Over the next two decades, I remember repeated wonderings by my grandfather- “Ben, why are the Mariners so awful?” He didn’t live to see the team make the playoffs again. Still, I imagine God gave the Mariners their miraculous comeback in game 2 of the wild card series against the Blue Jays, so he would not have to listen to any more of my grandfather’s bellyaching. “Ok, I’ll let them win this game, but just this one.”

After an agonizing 18-inning loss to the Astros to finish off a sweep in the division series (on a day when Felix Hernandez returned to throw out the ceremonial pitch after having the team spend his entire career without a playoff appearance, it was appropriate the team would give him no run support), I had no tear to cry. Partly because it’s hard not to be numb after 18 innings of baseball, but also because as incredible as it was watching this team make the playoffs, they were supposed to be here, and I believe, must believe, have to believe, that they’ll be back and be back soon.

This was no miracle run. The team has a transcendent star in Julio Rodriguez, two magnificent top-of-the-rotation starters in Luis Castillo and Logan Gilbert and a third in George Kirby who mowed through the Astros for seven innings in his lone playoff start. They have a beloved and talented catcher in Cal Raleigh for makes up the core of the rest of the team and captured the nation’s attention as “Big Dumper.” They may not catch the Astros next year unless they take a giant leap, as the Astros are an insanely good baseball team, but they are coming for the crown.

So no, shed no tears for the 2022 Seattle Mariners. They did what they were supposed to do and made the playoffs. Then they beat a slightly better team and lost to a far better team, a far better team that they were one bad managerial decision, one clutch home run, and a few more inches of height on a Julio Rodriguez line drive from sweeping out of the playoffs. That is a skill that every Mariner fan must learn to master in pain and find snippets of joy. If the team’s fans could not find a way to do that over the last 20 years, the team would have no fans left.

This is a team that showed that it could pack the house, that it exists in a baseball town. Now it has to show that it’s ready to take the next step and that the faith its fans entrusted to it as they packed Safeco Field for a playoff game for the first time in two decades is not misplaced. And make no mistake-it could be. This is the Seattle Mariners we are talking about here – a team that squandered the careers of Ichiro, of Felix, of Kyle Seager. That promised competition was just around the corner for so many years until finally rounding the bend this season. I believe that around that bend is a long pathway to success. But it just as easily could be a sharp right turn back to mediocrity. But I can’t and won’t believe that. I believe the years of wandering in the wilderness are over … at least for now. But that’s all a sports fan can ask for – “for now.” If the Mariners become a perpetual dynasty and its fans become so spoiled by success, they become more annoying than Yankees fans or Red Sox fans, I guess I’ll take that trade. The Red Sox fans suffered for nearly a hundred years between World Series wins. The Mariners do not even have a world series win to suffer between yet.

Even though the ending of this season was bittersweet, there are no tears to be cried. The Mariners still have a mountain to finish climbing. And like a good Mariners fan, I’ll be complaining and rejoicing with every agonizing, wonderful step to the top.