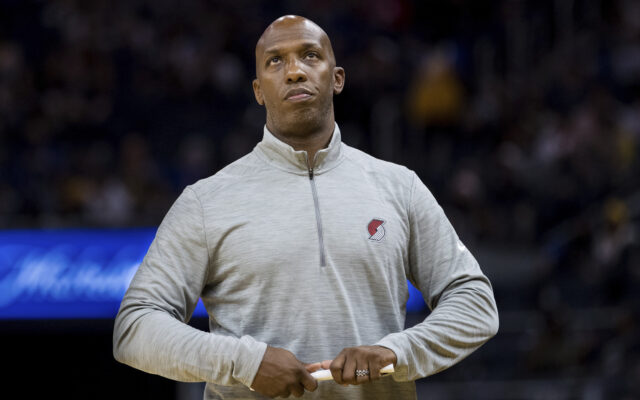 The Portland Trail Blazers have finished their preseason without a win, losing all four of their games by double digits. It is not the preparation for the season that the Blazers and new coach Chauncey Billups would have wanted. However, this is not necessarily a reason for Blazers fans to panic. There are lots of reasons why you shouldn’t worry about the Blazers’ preseason record.

Adjusting to a new coach

There is no team that does not take some time to adjust to a new coach, and it will not be an immediate fix for Damian Lillard and the other Blazers players. The Blazers decided to move on from long-time head coach Terry Stotts this offseason. Stotts had been the Blazers coach since 2012, after impressing as an assistant with the title-winning Dallas Mavericks. The Blazers front office believed that the team had hit their ceiling with Stotts as coach, and decided to move on after its fourth first-round exit in five years.

The team decided to go to an inexperienced former star in Chauncey Billups as the team’s head coach. Billups had been an assistant with the Los Angeles Clippers since November 2020, so he had minimal coaching experience when he was given the job. It was not the first time a former player with limited experience was given a recent coaching role, with Steve Nash being another example of this.

It takes time to adjust to a new coach. Billups will be trying to figure out how he wants to coach his team. This means we could see the team struggle to start the season, so it is no surprise to see them struggle in the preseason.

The Blazers have also had to face some very tough competition in the preseason. They have played three teams across four games, playing the Warriors twice as well as the Kings and Suns. The Kings stand out as the clear weaker team among those three, and I am sure Billups will be distraught with that loss.

However, losing to the Suns and the Warriors is something a lot of teams will go through this season. The Suns are coming off the back of an NBA finals appearance and head into the season without losing any of their stars. The Warriors are an excellent team, led by Steph Curry. Curry is looking to put his name into MVP talks in the upcoming season, and it would be no surprise to see the Warriors deep in the playoffs this season.

All three of these teams have also been very strong in preseason. The Golden State Warriors have won five out of five in the preseason, all of these wins against playoff teams from last season. The Kings have also won all their preseason games, all four against playoff teams from last year. The Suns have won three games in the preseason, with their only loss being to the Kings. It seems like the Blazers have been unlucky to choose three teams in their preseason schedule that have been very strong in preseason.

The Blazers have certainly not consistently played their strongest line-ups throughout their preseason. If you look at their first game against the Warriors, Damian Lillard and CJ McCollum only played a combined for 30 minutes, which was the least of any starters. McCollum and Lillard did not play in the Blazers’ second game, while the Kings had their strongest players on DeAaron Fox and Harrison Barnes playing considerable minutes.

The Blazers lost by 45 in their third game against the Suns. This game was slightly more disappointing, with Lillard and McCollum both playing more than 20 minutes. They both did not play as much as they would during the regular season, and the bench got a lot more minutes than during the regular season. Devin Booker and Deandre Ayton led the Suns. In their last game of the preseason, Damian Lillard was rested, as well as Larry Nance and Quinn Cook, both not playing. All three players could have been instrumental, as the Warriors could get 30 minutes and 41 points out of their star point guard Steph Curry.

A significant part of why you can’t look at the Blazers’ poor preseason too seriously is that they did not play regular minutes. Damian Lillard will likely play around 40 minutes per night this season, and across the four games of the preseason, Lillard only played a total of 43 minutes across four games.

It is also a bit harsh to be worried about the Blazers’ preseason woes because they have a talented team. Damian Lillard is coming off the back of his best year, and CJ McCollum is still consistently putting up more than 20 points per game. They have improved their front court this offseason, with the addition of Larry Nance potentially being a beneficial addition to the team.

The Blazers are not going to lose all of their regular season games. They have a very strong squad and haven’t missed the playoffs since 2013.

Overall, there is not much reason to worry about the start of the season that the Blazers have had. Four preseason losses out of four will not be what new coach Chauncey Billups would have wanted. However, the new coach will understand that in the preseason, the results do not matter. It is a lot more about working things out with your team, especially for a new coach.