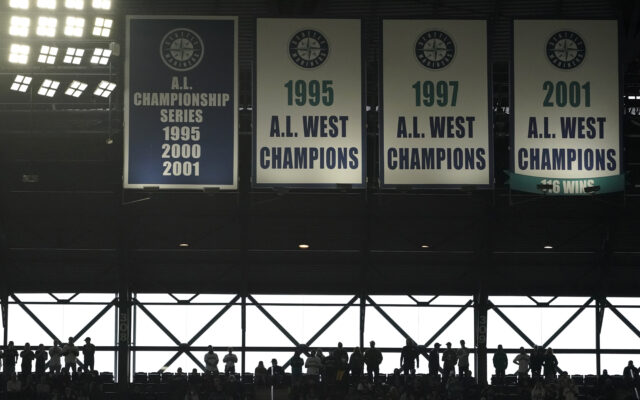 Once again, as they have every year for the past 20 years, the Seattle Mariners played Lucy to their fans’ Charlie Brown. After dropping two of three games to the Los Angeles Angels to end the season, the team came up one game short of a playoff spot and extended their active lead longest active streak without postseason appearances among major professional U.S sports teams.

However, the team enters the offseason with hope and expectations that fans haven’t had in a while.

The hope is that the team will continue to build off an unexpected 90-win season; the expectation is that they will open up payroll to facilitate that building.

The Mariners spent the 2021 season with the 25th lowest payroll among the 30 teams in Major League Baseball. They didn’t have that low payroll because they needed to, because they play in an obsolete facility, or a dying city, or a terrible television rights deal. No, they had that payroll because they chose to have it. After several years of jettisoning large, long-term contracts and clearing the deck for up-and-coming prospects, they were left with a naturally low payroll. The team certainly doesn’t belong in the poor house. They own the largest regional sports network in Root Sports; Forbes estimates them as the eighth-highest revenue earner in the league and the 16th most valuable franchise. It’s clear the time has come to open the pocketbook and shore up the foundation the team has laid.

The team won 90-games this season despite its low payroll. A fan would look at that result and think if the team made just a few smaller investments into filling some of its glaring holes before the 2020 season, the team might have made the playoffs. But team owner Chris Larson might look at that, see the prospects coming next season, and think that if his team could win 90-games, just miss out on the playoffs and has more young, cheap help coming next season, why should he spend any more money? However, it doesn’t take much digging to see where the team’s record is a mirage. Yes, they won 90 games, but they also had a run differential of -51 and scored just 697 runs. By comparison, the Detroit Tigers also scored 697 runs and had a run differential of -59. The Tigers won just 77 games and finished last in the AL Central. The team went 33–19 in one-run games to fuel its wild card surge thanks to a lights-out bullpen that could be counted on to close out tight games almost every night. The problem is that one-run game records are unsustainable and that bullpens tend to be unpredictable.

Relief pitching is one of the most volatile positions in baseball. A player who is good this year can turn into a dumpster fire next year, and vice versa. The same can be true of many players across the game; it is tough for a player to be incredibly great year after year. Instead, we can expect players to regress towards the mean, which cuts both good and bad. For instance, we should probably expect the Mariners’ bullpen to be worse next year. First baseman Ty France is perhaps also due for a dropoff, as is outfielder Mitch Haniger. On the other side, outfield uber-prospect Jarred Kelleni is hopefully due for an improvement after seemingly finding his feet late in the season after a brutal introduction to the big leagues.

So what can the team do to put itself in a position to end its postseason drought next year?

Beef up the infield. The Mariners have a glaring hole at second base. If they allow franchise icon Kyle Seager to become a free agent instead of exercising a one-year option, they will also have a glaring hole at third base. Potential free agent acquisitions that could fill the holes include Marcus Sieman, Jose Ramirez, Cory Seager or Kris Bryant. While it’s not clear either side wants one more go around, the Mariners should not make things more difficult than they need to be and bring back Seager while recruiting a top tier free agent for second base.

Shore up the rotation. Max Sherzer highlights the free agent class of starting pitchers. I would be surprised if he doesn’t wind up back with the Los Angeles Dodgers, so I would expect the Mariners to set their sites a little lower, or perhaps swing a deal with their No. 1 ranked farm system to bring in some major league ready reinforcements. Possible free agent targets could be Robbie Ray, Kevin Guasman, Marcus Stroman, Michael Pineda or a reunion with James Paxton who spent almost the entire year on the injured list with the Mariners.

Speaking of that No. 1 ranked farm system. It’s time for it to pay dividends, either by bringing in reinforcements for the big league team, or by making an impact at the major league level. The mariners tapped into the pipeline to bring up Kellenic, catcher Cal Raleigh and pitcher Logan Gilbert the season. Gilbert appears to have bright future but both Raleigh and Kelenic struggled to make the transition. The team needs to sort out it’s player development issues and have it’s prospect ready to make an impact. Most of the team’s minor league starting pitching is probably at least a year away from making the jump to the big leagues, but outfielder Julio Rodriguez appears just about ready to make the jump, possibly as soon as opening day, but a June-July arrival date is more likely.
If the Mariners can add the right pieces, make use of their minor league system, and catch a few breaks, Mariners fans who reach the legal drinking age next year may get to enjoy a beer while watching their team make it to the playoffs for the first time in their lifetimes.