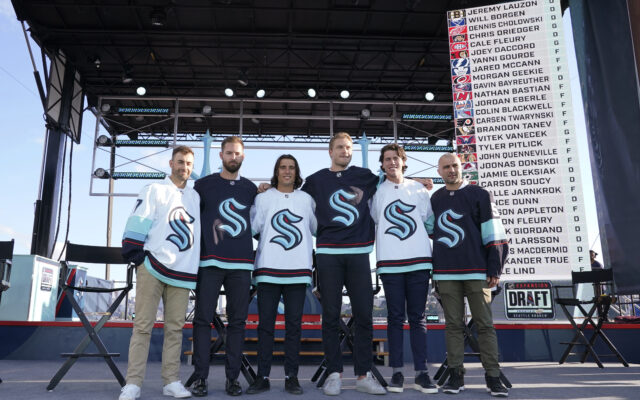 As a collective hockey community, we are firmly in the dog days of summer. The transactions have ground to a halt, industry insiders have retreated to their vacation homes, and the sun is inviting us to head outside and bask in its glow.

I have decided to take this opportunity to reflect upon expansion franchises of years past in an attempt to establish (and temper) expectations for the Seattle Kraken ahead of their inaugural season.

The following table offers a quick summary of how modern NHL expansion teams have fared in their debut seasons and notes a few prominent trends that may be of interest to the Kraken faithful.

A common theme is that expansion teams often have difficulty scoring (8 out of 10 were in the bottom 5 league-wide for goals per game). On the other hand, many have fashioned success on the back of committed defensive structures, with 4 finding themselves in the top 15 (3 in the top 10) of the league in goals against per game.

In terms of results, 6 teams finished in the bottom five of the league, and all but one occupied the bottom third. With a cumulative record of 261 wins, 461 losses, and 103 overtime losses or ties, the 10 modern expansion teams played at a pace of 62 points over an 82-game season. That point total would have seen them finish last or second last in each of the past five NHL seasons and well outside of the playoff picture.

In short, expansion teams are usually not very good right away. Of the 10 on this list, only 1 even qualified for the playoffs and most found themselves leasing out the NHL’s unfurnished, rat-infested basement for several seasons after their initial entry into the league.

In fact, several of these editions hold or approach NHL records in futility. The 1992-93 Ottawa Senators and 1999-00 Atlanta Thrashers both finished their inaugural seasons with point totals that would put them in the bottom-20 of NHL history, and Ottawa was also only 3 points off of the lowest point total in modern NHL history (since the 1967 expansion to 12 teams), a depressing record held by the 1974-75 Washington Capitals.

Working in the Kraken’s favor is that the rules governing expansion protection lists have become more lenient since the early-90s, likely brought upon Gary Bettman’s desire to see expansion franchises become more competitive sooner and that prospective owners recoup a greater return on their immense investments.

In 1992, each of the NHL’s franchises (save for the Sharks who entered the league the year prior) was allowed to protect two goaltenders and fourteen skaters, with the goalies required to have played at least one NHL game.

In comparison, the past two expansion drafts (Vegas and Seattle) offered much more in the way of obtaining top-of-the-roster talent. Each team could protect eight skaters and a goaltender, or seven forwards, three defensemen, and a goaltender. Several of these players were also required to be under contract for the upcoming season and have played a certain amount of NHL games in the previous two seasons.

The diminished protection lists and the presence of a restrictive salary cap meant that the Kraken could pick off several skaters who could be classified as top-six forwards or top-four defensemen looking for an increased opportunity to play and thus be competitive sooner than their expansion peers. While their offensive depth is not particularly staggering, they boast an admirable collection of strong defenders and goaltenders that should keep them in most contests.

With that in mind, fans of the Kraken should feel comfortable that the team will attain success more commensurate with the experience of the Golden Knights rather than the unprecedentedly awful Senators. This isn’t to say they should be penciled into a playoff spot (the weak Pacific Division might have something to say about that), but they won’t be jockeying for the honor of the NHL’s most ignominious debut season.