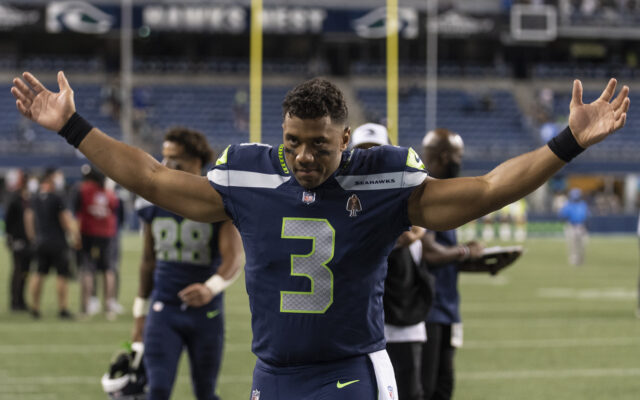 When you first meet someone, you know that feeling, and you immediately think they may be “the one?” Strung out on their energy and highs of seeing them, entrenched on the arrogance of saying they’re yours. The feeling alone makes you buy something on their behalf. Maybe a jersey? Captivated by their looks and the hope that this will be different. You’re not a truth-teller. An optimist is a better description. Soon you’ll have that feeling in your gut again. This isn’t the manifestation of the perfect person; they’re just like the previous relationships. This isn’t just your love life; it’s you as a football fan and your quest to find a generational talent at quarterback.

We’re on the heels of jarring news that Mac Jones was named the starting quarterback over the former MVP Cam Newton. 49ers fans live in the false duality of Trey Lance being more ready than Jimmy G, and the Jets are still looking for the answer to their decade QB problem. Bears fans are practically begging for Justin Fields, and Trevor Lawrence has already been crowned as the second coming. With all of this in mind, the idea feels fitting.

The infatuation is unlike any other in sports because no one position can be directly tied to winning and losing at the same scale. Every fan base has the idea that if their quarterback is average, they should just draft another. They completely overlook how hard it is to find a franchise player at the position. I liken it to the friend who constantly tells you to break up with your significant other and find another after vent to them about a fight. It’s rare to find a soul mate or person you love; most situations are captivated over time. There’s an odd reality to both situations that I think are far similar than we realize.

How many times have you heard a fan say, “We need to get rid of (insert quarterback that’s won playoff games but not a championship) and go draft our (Manning, Brady, Mahomes, Rodgers, or any generational talent)!” It’s funny because they miss the main context of that statement; generational talents are that for a reason. You don’t find them but once or twice in a generation. Very similar to throwing away long-term relationships, there are many times a good reason why it’s lasted this long, and the others that you entertained were merely fly byes.

I started with looking at the year 2009 quarterback draft class because I think relationships became somewhat important to my life. From 2009-2018 there have been 27 first round picks, and only twelve have made it to a second contract with the team that drafted them. It seems like a pretty good percentage at 44% on page, but when you investigate some of the names, it becomes a bit less impressive. Here are some of the questionable names on that list: Sam Bradford, Ryan Tannehill (in Miami), Carson Wentz, and Jared Goff. When you factor in the context, that’s around 30%, and what looked like a quality dating pool from The League or Hinge quietly shapes up to be more like Tinder.

There’s no shame in wanting the best in life and aspiring for more, but there’s a reality check that comes along with it. The hatred and frustration for players like Alex Smith, Jared Goff, Matt Ryan, and Andy Dalton is understandable, given the chase for a championship is the goal for each franchise. However, when you look at franchises like the Jets, Bears, and Jaguars, they’d probably buy jerseys of these players for stability and a few division championships alone. I wish more people understood that everyone isn’t meant to have their version of Mahomes. Like love with someone that checks their boxes for both looks and personality…you know a Kelly Rowland or Ryan Gosling. The moral of the story is to enjoy what you have even when it’s a bit average at times; I’m only speaking about quarterbacks at the moment. Understand that your version of Barack and Michelle may never come. On the contrary, having fun like Lori Harvey and Future may not lead to long-term success, but at least it’ll be entertaining.