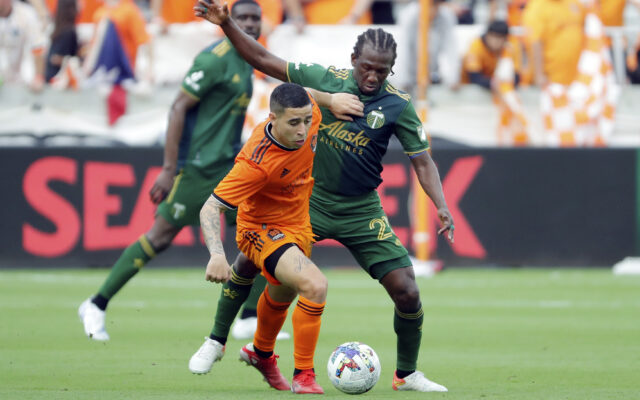 Not much has gone right for the Portland Timbers this season. The team sits at No. 9 in the MLS Western Conference standings with 10 points (2W-2L-4T) and has managed a mere ten goals through eight games. Yet, as a mediocre season seems more and more likely, there has been one record-breaking performance in the rainy Pacific Northwest. Perhaps it’s bittersweet, however, as the record-setting category is fouls committed.

Midfielder Diego Chara set the all-time mark this past Saturday in a 0-0 draw on the road against the Houston Dynamo FC at PNC Stadium. Chara entered the match tied with previous record-holder Kyle Beckerman but became the all-time MLS fouls leader when he was whistled for an infraction on Houston’s Matias Vera in the 12th minute – marking the 757th such occasion over his 12-year career. The 36-year-old Colombian committed two more fouls in the match and now sits at 759. Every foul Chara commits from now until the end of his career will only add to his record.

To put it into perspective, Beckerman’s 756 fouls were committed over 498 MLS appearances. Chara has appeared in only 318 matches – that’s an average of 2.39 fouls per contest. Beckerman averaged a paltry 1.52 by comparison.

His affinity for fouls means Chara likely doesn’t have to worry about anyone catching his newly set record anytime soon. The closest active player to his mark is fellow 36-year-old Osvaldo Alonso, a midfielder for Atlanta United FC. Alonso has committed 505 fouls in 342 games played and ranks fifth all-time.

The 5-foot-8, 150-pound Chara became the Timbers’ first-ever Designated Player when he signed with the squad back in 2011 and hasn’t played for another MLS team. The right-footer has tallied 12 goals and 27 assists over his MLS career and helped Portland win its lone MLS Cup in 2015. While Chara has yet to register a goal or an assist so far this season, he has been on the field for every one of the Timbers’ 720 minutes played. The center-mid’s first opportunity to add to his new record comes Saturday when Portland hosts Real Salt Lake at Providence Park.