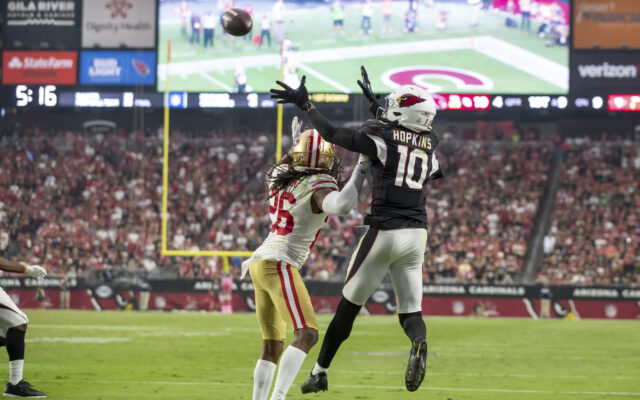 Seattle’s week off could not have come at a better time. They made quick work of Jacksonville last Sunday, earning their first win at home this season as well as the first win with Geno Smith at QB. Russell Wilson appears ready to return next week after having the pin removed from his injured hand, and that is welcome news and music to the ears of the Seahawks, who went 1-2 in his absence.

With a 3-5 record going into the second half of the season, Wilson will have his work cut out for him to climb the NFC playoff ladder. He should have a mostly healthy team to work with, but he will spend a lot of playing time on the road, as just 4 of Seattle’s next nine games are home games. They start the second half of the season traveling to Green Bay, ending their season at Arizona. In between, they will have four home games and three road games. It will be a gauntlet, but they have proven they can survive those and come out battle-tested before.

RB Chris Carson has not been cleared for practice yet, but the team is hopeful he can return from his neck injury soon. Alex Collins has been solid and plays hard, and perhaps Wilson’s return will open up more running lanes. Rashaad Penny has just 24 yards on 15 carries this season, so it’s not likely he can provide the spark this team needs from the running game if Carson or Collins are out. Collins is dealing with a groin injury and may need more than a week to get right.

Receivers DK Metcalf and Tyler Lockett looked superb against Jacksonville and might be finally healthy after foot and knee issues have caused both to lose a little of their usual explosiveness at times. Wilson and his favorite targets all being close to 100% would certainly force the opposing secondary to back off and leave more room for whoever is called upon to carry the ball.

As it stands today, Seattle would miss the playoffs as the #12 seed, with the top seven teams from the NFC going to the postseason. With the division close to being mathematically out of reach, they will need to find their way to a wild card spot, and those currently belong to the Rams, Saints, and Panthers. Behind those three teams, Seattle is trailing Carolina, Minnesota, San Francisco, Atlanta, and Philadelphia. That’s a lot of ground to cover in nine weeks, but not impossible.

Their best chance is to focus on the 7th seed and ignore everything else. They lost a head-to-head matchup with the Vikings, so they will need to hold a better final record, or they will lose the tiebreaker – same goes for the Saints, who beat Seattle also. Seattle beat the 49ers and has a chance to sweep them in a month. They lost to the Rams but have an opportunity to settle the score in week 15. Other than that, they will need to play their best as their remaining opponents are not currently ranked ahead of them, but a win always helps no matter who you play. A week off will undoubtedly help them get healthy and focused for their late-season surge to get into the playoffs against mounting odds.

With Seattle taking the week off, there are only two games in the NFC West this week, as San Francisco hosts Arizona and LA hosts Tennessee. With Seattle off and a game taking place in the Bay, one might assume that that game would get the regional audience. But with Kansas City hosting Green Bay Sunday afternoon, FOX has that game locked in as their national broadcast, and it takes place at the same time as the 49ers-Cardinals game. They may move it to specific regions with Aaron Rodgers sitting out, but don’t count on it. So it’s likely that the Rams’ game is the only one seen on standard broadcasts by football fans in the northwest.

The Cardinals travel to San Francisco looking to avenge the first loss of their season. While there is optimism that QB Kyler Murray will play, he tweaked his ankle in the final seconds of last week’s game against Green Bay, so it’s possible backup Colt McCoy starts instead. This game has little intrigue, to begin with, and a backup starting in place of Murray just about kills interest in this contest from fans of other franchises. Still, with only two other games in the afternoon, this game may get more eyes on it than it deserves.

The 49ers are 3-4 and have yet to establish an identity on either side of the ball. Less than two years removed from a brutal loss in the closing minutes of the Super Bowl, Kyle Shanahan has yet to get this offense on track. They can move the ball against any defense, but they struggle to finish drives with points. Is that a QB problem? A RB problem? Who knows. Either way, it’s a SF problem, and it’s not likely to be solved this week. With a schedule only getting tougher, it’s not a good sign that a team waiting for its best players to get healthy this time last year has essentially the same outlook a year later. It won’t matter how many drafts the team aces on paper if they can’t win on the field.

This team gave up a lot of draft capital to get QB Trey Lance, not sure why they aren’t letting him get some hands-on learning and head into next year ready to attack the division and the conference. It’s possible Jimmy Garoppolo suddenly reminds the team why they pay him so well, but I doubt they have stopped thinking about that particular investment anyway.

If Murray starts and his ankle doesn’t limit him, I don’t give SF much of a chance. But if it’s McCoy taking most of the snaps, then it could be a field day for the pass rush, and it’s likely a closer contest. Regardless of who starts at QB, they may be missing both DeAndre Hopkins (hamstring) and AJ Green (Covid protocol), which could hinder the passing game. This could be a shootout, but it also could be a matchup of which team runs the football best to hide their limited weapons.

Prediction: Arizona takes care of business 31-20 and heads into week ten back on track and in the hunt for the number one seed in the playoffs.

The more I look at the week nine schedule, the more I’m convinced the NFL doesn’t care if we watch anything after the morning games on Sunday. A week ago, this matchup looked okay on paper. This week seems like an addition to the already low-quality afternoon slate, which is less than ideal.

The Titans have had a lot of trouble with teams they should be beating and given a lot of trouble to teams they probably should easily lose against. Two weeks ago, this team beat the Bills on MNF and were expected to head into their matchup with Indianapolis, ready to prove it was not a fluke. The game was probably too close, and at some point, RB Derrick Henry broke a bone in his foot and will be on the shelf for the foreseeable future.

So bring on the hottest offense in all of football and their new defensive wrecking ball Von Miller.

The Rams and long-time player but first-time signal-caller QB Matthew Stafford have been lighting up secondaries and probably won’t get much resistance from Tennessee. WR Cooper Kupp is on pace for at least 1K yards and 10 TDs in the first nine weeks, which sounds insane to see in writing. He has been as automatic as a player can be, and he could rewrite some of the Rams’ receiving records while taking a shot at the league records as well.

On defense, the Rams have probably allowed more points than they would like, but with a new scheme this year and working in some new starters, it’s to be expected. With Miller coming over from Denver, opposing offenses will have to figure out who to double team with Aaron Donald and Leonard Floyd all lining up together. Lucky for the Titans, they get to be the guinea pigs in front of a national audience on SNF. The Rams opened the season playing at home on Sunday night, and it didn’t go well for their opponent. Can the Titans prove they belong as the AFC number one seed and have the firepower to match the Rams for points without their best player? We’ll find out.

The Rams only have one loss, a head-scratching disaster against Arizona in week four, and the contest was not as close as the score indicated. They haven’t lost since and have outscored their opponents by more than 15 points per game.

The Titans come into the game at 6-2, but no one is sure what to make of them. Derrick Henry accounted for almost 1000 yards of their overall offense, so the “next man up” idea may not apply. Adrian Peterson was signed earlier this week to help out, but he is 36 and currently on the practice squad. He may be added to the active roster before this contest, but since he’s been on the team less than a week, it wouldn’t surprise anyone if they opt to keep him off the field until next Sunday when they host the Saints.

So you will likely see a game of LA putting up points at will and Titans QB Ryan Tannehill running for his life while trying to keep up. I don’t like his chances, but he’s proven me wrong before. I think the Rams win this one easily and send us all to find other entertainment before the clock strikes 8 pm Sunday. This is nice since many of you out there with young kids will have been up since 6 am 5 am anyway (because of daylight savings!).

Prediction: LA runs the Titans out of the building 41-18.