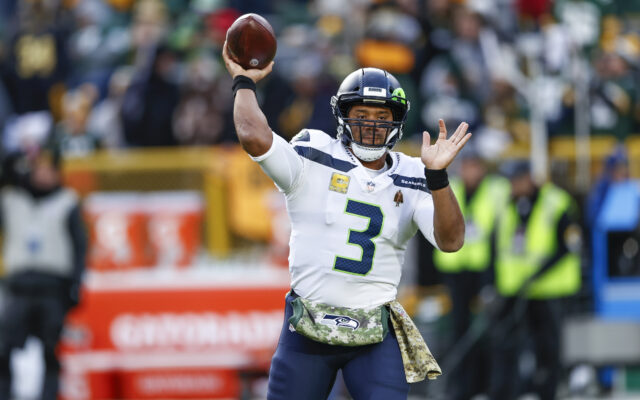 These players have to be exhausted, and I can’t blame them. The NFL schedule is a gauntlet in the best of times, but spending the week game-planning for an opponent, then being told the night before your travel day the game has been moved two days out? All that momentum and planning now has to sit idle for 48 hours, then you get a very short week to prep for your next game. It’s a lot to ask of anyone, even world-class athletes. The mental and physical preparation that goes into these games is not suited for a shelf. They need to be put into action; the shelf just puts dust and doubt on what might have been a solid plan.

With this week in the books, we’re on to week 16 and the final act of the 2021 regular season. Each team has three games remaining and at least one divisional game to go, as they each play an NFC West opponent to close out the season. It should be a fun ending; let’s take a look at what each team has left to do this year.

After their loss to LA Tuesday night, Seattle is virtually out of the playoff race. At 6-8, they had some glimmer of hope, but at 5-9, they’re toast sitting in the thirteenth seed with three weeks left. The sad truth is that they had a realistic shot at getting in if they had beaten LA, with games remaining against Chicago and Detroit at home before their finale at Arizona. With the Cardinals looking very beatable, it wasn’t a foregone conclusion that the game would be unwinnable, but at this point, the playoffs are out of reach. You can kick the ball like DeeJay Dallas if you want; it’s more than warranted after this season. So the pride and respect tour takes over for the playoff hunt, with their only possible impact on the playoffs to try and get the chance to play spoiler to Arizona, who are no longer a lock to make the playoffs. It’s a very somber ending to a season that began with high expectations for the first deep playoff run since 2014.

The win over Seattle Tuesday night put them in a tie for the division lead, but with one more conference loss, they are the runner-up right now and the #5 seed if the playoffs started tomorrow. LA is still in the hunt for the #2 seed in the NFC playoff picture, and in most years, #2 would be a big deal, as you get a week off and are just one misstep from the one seed away from hosting every playoff game. This year you get an extra week of playoffs after an extra week of the regular season, so who knows if what field you’re on even matters, but I suppose the reduced travel is good. After losing three straight in weeks 10-12, LA has bounced back and won three in a row, and while their last three games are no gimmes, they should be able to win all three. They are on the road in Minnesota and Baltimore the next two weeks before closing out the season at home against San Francisco. San Francisco was one of their three losses recently, so that game could be a big-time revenge game if either of the top two seeds in the NFC is still up for grabs. If LA has secured their playoff spot with no chance to move up or down, I wouldn’t be surprised to see Sean McVay rest his starters before going on what could be a long postseason journey.

What can you say about this team other than what in the hell happened to the version of them that was 8-1 and looked like the best football team on the planet? What you can say, I guess, is that they look nothing like that team; that group would never have gone to Detroit and come home with a major defeat. Their week four beatdown of LA seems like a lifetime ago, and they are just 1-2 since QB Kyler Murray returned from an ankle injury, with that lone victory coming against the lowly Bears. The next three weeks will be anything but easy, as Arizona hosts the Colts Christmas night, then travels to face Dallas in week 17, and ends the regular season at home against Seattle. If Arizona can come away with two wins in their next three games, I’ll be amazed since they are 3-3 over the last six games. Currently and desperately clinging to the division lead and the #4 seed in the NFC, can they go 3-0 and edge out the Rams for the division crown? We’ll find out. The losses of DeAndre Hopkins and JJ Watt cannot define their season, as every team is dealing with injuries to key players; they have too much talent to hang them up now. Are they the elite contenders we saw the first two months of the season, or are they a patchwork offense struggling to hold together as the stitches come loose? These next three games, good or bad, we’re going to find out exactly what this team is made of.

Some believe this is the most playoff-ready team in the conference, and I’m running out of reasons why those people are wrong. The 49ers have a solid defense, a great pass rush, and they can beat you 100 different ways on offense. Really the only thing standing between San Francisco and a lengthy playoff run (other than their opponents) is some questionable play-calling at times. If this team stays healthy and gets out of their way, there might not be a more talented team out there. QB Jimmy Garoppolo is playing as well as any QB not named Aaron Rodgers right now and keeping this offense rolling by

getting the ball into their seemingly endless list of players that can give you fits in space. Despite one of the toughest second half schedules in the league, the 49ers are 6-3 since their bye in week six and don’t look any worse for wear. They travel to Tennessee Thursday night, then play the day after New years at home against Houston, so you could make the argument they don’t play again until their regular season finale in LA. That game is shaping up to be one of the best of the season after San Francisco made mincemeat of the Rams in week 10. That was a different Rams team still finding their way, though, so we should be treated to a better product this time around. With a lot of momentum going and little to stand in their way, don’t be surprised if San Francisco makes a late push for the division.