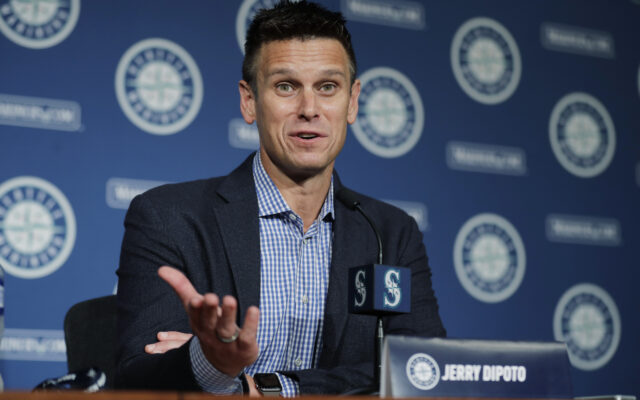 For most of the 2021 season, the Seattle Mariners have been a model of inconsistency. They are equally capable of going to Oakland and stomping the Oakland Athletics as they are nearly getting swept by the Kansas City Royals. Despite having a run differential of -57, they are somehow nine games over .500 and just 3.5 games out of a wild card spot in the American League.

Over the past three seasons, as the team has gone through a “step back,” Jerry Dipoto has churned through the major league roster in an unending quest to acquire young talent to build a positive future. In the process, he has left manager Scott Servais in the unenviable position of doing things like running out regular bullpen days, starting backup infielders in the outfield, and trotting out numerous position players who struggle to hit .200.

Servais came into his own as a manager this year, plugging and playing as best he could and doing a masterful job of jumping to plan B or Plan C when the other plans fall through. He’s done about all he can to optimize the team’s lineup, placing his best on-base threats at the top while trying to hide a rotating cast of struggling hitters at the bottom.

This week the team rewarded both for their efforts, signing the pair to multi-year contract extensions and giving them a chance to complete their vision. Consistency at the top and the ability to bring a vision to fruition has been something the Mariners have lacked for a long time. When Dipoto was hired in 2016, he was tasked with completing a vision established by prior general manager Jack Zduriencik on a team filled with aging and highly paid players. After trying and failing to complete that vision, he undertook a completely different mission, trimming payroll and churning through most of the roster.

Both Dipoto and Servais entered this year in the final year of their current contracts. How both have handled this year speaks volumes to why the team decided to extend them. Instead of pushing panic buttons and doing everything possible to try to win now and possibly save their jobs, they have instead stuck with their vision of putting together the team. I don’t agree with every decision that has been made, but I can respect them sticking to their guns. Regardless of how this season turns out, it is now the start of the football season, and here I am writing about the Mariners because they are still worth talking about.

The team certainly has many holes to fill this offseason, with multiple spots in the starting rotation, at least one outfielder, and potentially a designated hitter. It also has numerous questions about current players on the roster. Does the team extend or trade Mitch Haniger, possibly its most consistent position player this year? (They should extend him.) Do they let Kyle Seager, a franchise cornerstone at third base, go into free agency, or bring him back on a perfectly affordable team option year? (They should bring him back.) Can Jarred Kelenic take a big step forward and be the superstar the Mariners think he can be? Can Kyle Lewis stay healthy and return to his Rookie of the Year form? Can Evan White ever hit or stay on the field?

Dipoto has created those questions, and it only makes sense that he be the guy around to answer them. With his contract extension, he also received a promotion to President of Baseball operation. Hopefully, the trust earned from the organization with the extension and the new title can help him convince the team’s ownership to shake loose some money to help shore up the team’s weaknesses. Doing that will be important if the team is to develop a consistent model of success. If he can do that, and break the longest active postseason drought in professional sports, none of the bumps in the road along the way will matter.