OSN Column: How The Portland Timbers Can Reach The MLS Cup 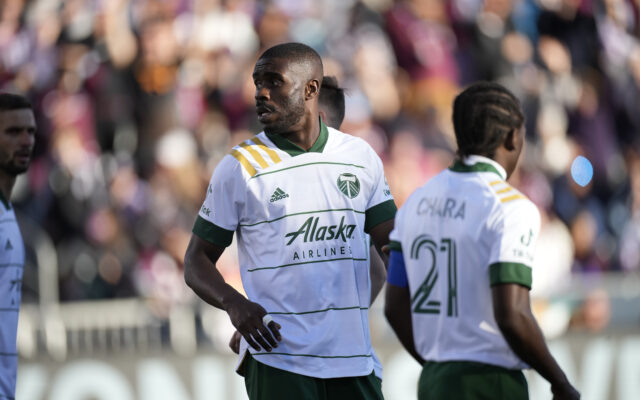 The Western Conference Final in MLS will be a matchup of underdogs.

For large chunks of the regular season, no one would have predicted the Portland Timbers and Real Salt Lake would wind up playing for a shot at the championship — yet here they are, having earned their spots through good fortune, heart, determination, and some timely heroics.

The Timbers playoff journey began with something they had accomplished only one other time in the 2021 campaign — coming from behind to win. After falling behind early to the Minnesota Loons, a pair of Sebastian Blanco goals lead the way to a 3-1 win in the first round. In the second, it was a goal in the final moments from Larrys Mabiala- his second of the playoffs and second of the season, to drive the Timbers past the Colorado Rapids and back to Portland for the conference final.

Real Salt Lake has possibly the most quixotic story of any in the playoffs. In the first round, they presented a defensive bunker to end all bunkers. After not attempting a single shot over 120 minutes of regulation and extra time, they beat the Seattle Sounders in a penalty kick shootout to advance to the next round. Having slain one Western Conference giant, they then fixed their sites on Sporting Kansas City. Real Salt Lake needed a last gasp goal at Kansas City just to qualify for the playoffs by winning on the final day of the season. Remarkably they repeated the same trick less than a month later with a 1-0 win at the death for the rights to face Portland for the conference crown. They will face a formidable task to try and continue their Cinderella story.

On the surface, Portland’s late-season surge and run through the playoffs appears to be another one of their trademarked streaks where the team is firing on all cylinders and can do no wrong. A quick look under the hood tells a different story. Yes, Portland’s defense has evolved into a tough nut to crack, a wall that repeatedly frustrated Colorado’s attempts to break through in the semi-finals. Coach Giovanni Savarese pushed all the right buttons against the Rapids. As his defense tired out Colorado again and again, Portland was able to turn the stops into counters, which finally paid off in the 89th minute with the breakthrough goal. However, on offense, Portland has problems, not of execution, but of figuring out who the next man up will be.

Sebastian Blanco, who has been the engine to power Portland much of the season when healthy, had been nursing an injured hamstring late in the season and even though his heroics of the game against Colorado. When he limped off against Real Salt Lake early in the second half, he took a large amount of the Timbers’ offensive playmaking with him. His status is in doubt for this weekend, but the Timbers training staff will undoubtedly have to tie the man to a stretcher to stop him from at least trying to give it a go. When Blanco hasn’t provided heroics or YouTube-worthy moments this season, Dairon Asprilla certainly has. But he is also almost certainly out for this weekend after picking up a dubious (yet still highly careless) straight red in added time against Real Salt Lake when after being shoved and punched by Rapids midfielder Braian Galván, Asprilla responded by lightly swiping at the ball Galvan was holding near his face. Galvan went down like he had been hit by a charging bull, and Asprilla was sent off. Unless the charge is overturned, Asprilla is suspended for this weekend’s match.

The absence of two of their top playmakers means the Timbers will be searching for new heroes this weekend to launch them into their third MLS Cup appearance. Could it be one of the Charas? A final virtuoso performance off the bench by the aging Maestro Diego Valeri? Or will the spark come from somewhere entirely unexpected, as it did with MMabiala’spair of playoff goals? The Timbers need it to come from someone.

With Blanco and Asprilla hobbled or sidelined, it appears both teams will probably want to play the same scenario to their advantage. Neither will be eager to commit numbers to an early attack for fear of being exposed on a counter. I would expect both sides to build as strong a defensive shell as they can and then hunt for cracks or try to create a goal through a set piece scramble, or maybe draw a penalty. The match should prove to be a knockdown, drag-out affair, and I predict it won’t be decided until a goal in the closing minutes. Portland has proven they are up to the toughest challenges so far these playoffs, and I predict they will do it again, taking a 1-0 win and advancing to the MLS Cup.