Oregon WBB Leads Big at Half, Beats South Dakota by 20 to Reach Round of 32 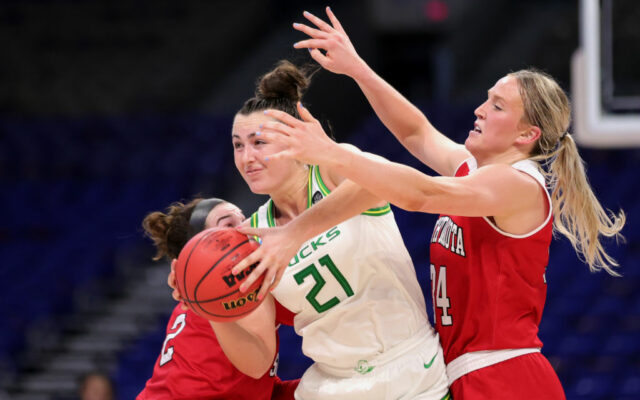 The Oregon Ducks advance to their fourth straight Round of 32 after beating South Dakota, 67-47.

Through the first 20 minutes, the Ducks led 34-9. The Coyotes outscored Oregon in the second half, 38-33, but the damage was already done.

The Ducks only gave up one point in the second quarter — a free throw with less than five seconds to go. Oregon didn’t play great in the second half, but they really didn’t need to.

Despite that, the Ducks stuffed the stat sheet throughout the game.

Oregon moves on to face the Alamo Region No. 3 seed Georgia. The Bulldogs handled No. 14 Drexel 67-53.