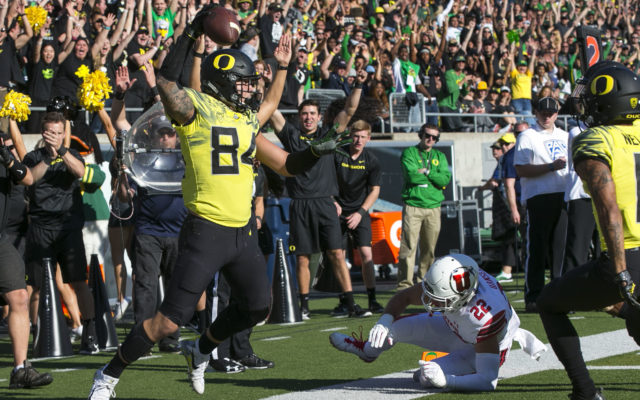 Great news for the Oregon Ducks, according to his family, Cam applied for a medical hardship waiver and was recently approved for additional eligibility.

Good news for the Ducks. Per his family, Oregon TE Cam McCormick applied for a medical hardship waiver and was approved for extra years of eligibility. He was slated to be a senior this fall. Cam was the opening day starter in 2018 prior to his injury.https://t.co/QThaOFuvDR

McCormick missed all but a portion of one game over the past two seasons due to a broken leg her suffered in the 2018 opener against Bowling Green, followed by a high ankle sprain that kept him out of the 2019 season. It has been confirmed that the NCAA will grant him two additional seasons of eligibility.