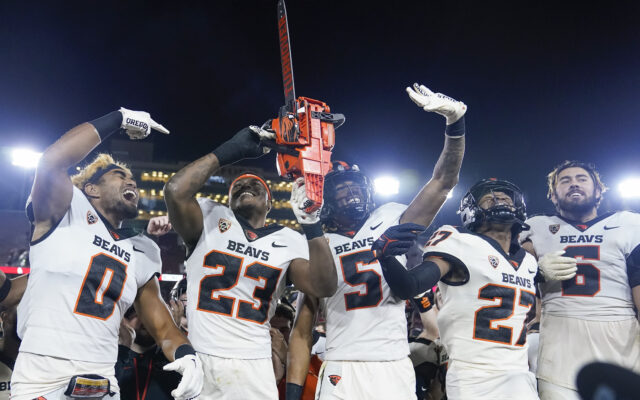 Ben Gulbranson threw a 56-yard touchdown pass to Tre’Shaun Harrison with 13 seconds remaining and Oregon State overcame a 14-point deficit in the fourth quarter to stun Stanford 28-27 on Saturday night.

The Cardinal (1-4, 0-4 Pac-12) seemed to be in control of the game when they took a 24-10 lead into the fourth quarter with Oregon State (4-2, 1-2) struggling on offense. Instead, they collapsed down the stretch and lost their 11th straight game against an FBS opponent.

The Cardinal nearly out the clock before settling for a 46-yard field goal with 58 seconds left.

But Gulbranson needed only three plays to go 76 yards for the win. After two short completions, he took a shot down the sideline for Harrison, who leaped over Ethan Bonner for the catch. Patrick Fields appeared in position to make the tackle but Harrison got by him for the score.