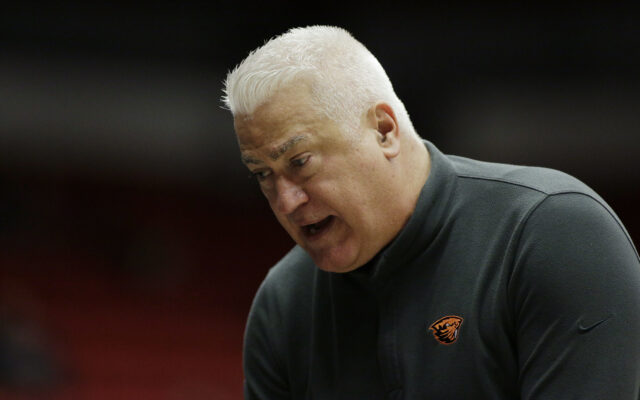 Glenn Taylor Jr. scored a career-best 25 for the Beavers, who had won 16 straight against the Vikings.

The Beavers shot well in the first half but committed 12 early turnovers to trail 37-33 at the midway point. They started the second half on a 13-3 run, but then their luck ran out – shooting only 9-24 the rest of the way.

Both teams now turn to tough Thanksgiving matchups in the Phil Knight Legacy tournament, with the Beavers taking on Duke at noon. Should they advance, Oregon State will meet either Florida or Xavier on Friday, and the face one of four potential opponents: Purdue, West Virginia, Gonzaga, or Portland State.

PSU takes on second-ranked Gonzaga on Thanksgiving Night at 9:30 p.m. The game will be played at Memorial Coliseum. The following night the Vikings will meet either Purdue or West Virginia at either 7 or 9:30 p.m. based on the outcome of Thursday’s game. Then, on Sunday, Nov. 27, PSU will face one of four potential opponents: Duke, Oregon State, Florida or Xavier. The venue could be Memorial Coliseum, Moda Center or the Chiles Center on the University of Portland campus.