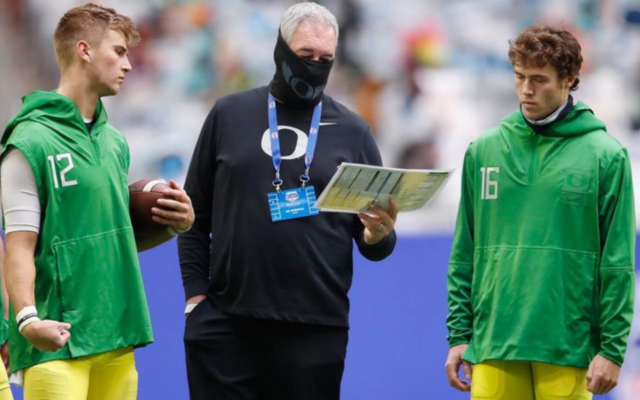 Pete Thamel of Yahoo Sports initially reported the Zips interest in Moorhead as their top target in their head coaching search.

Sources: Oregon OC Joe Moorhead has emerged as the leading candidate to be the head coach at Akron. Moorhead spent five years there as an assistant coach from 2004-08. https://t.co/yYWAErf4QZ

SOURCE: Akron has zeroed in on Oregon OC Joe Moorhead to become the Zips next head coach. The Zips are expecting to hire him this weekend after the Ducks play in the Pac-12 title game. The Pittsburgh native, a former Zips OC, spent five years at Akron.

Once Moorhead is named as Head Coach at Akron, he will have an uphill climb for a struggling Zips program; in 2015 and 2017 Akron went to bowl games but in the last three seasons Akron has gone a combined 3-27 under Tom Arth.

Moorhead worked on Akron’s staff from 2004 to 2008, working with several position groups on the offensive side of the ball. After Moorhead’s initial stint coaching in Akron, he went on to coach the QBs at Connecticut before taking his first head coaching position at his alma mater Fordham from 2012-2015.

Moorhead made his name in the power-five when he commanded a potent Penn State offense from 2016-17, lead by a future #2 overall pick Saquon Barkley. Moorhead then spent two seasons as head coach at Mississippi St before being fired and taking the Oregon offensive coordinator gig.

With the likely move, it will be the seventh straight season Oregon will have a new offensive or defensive coordinator.