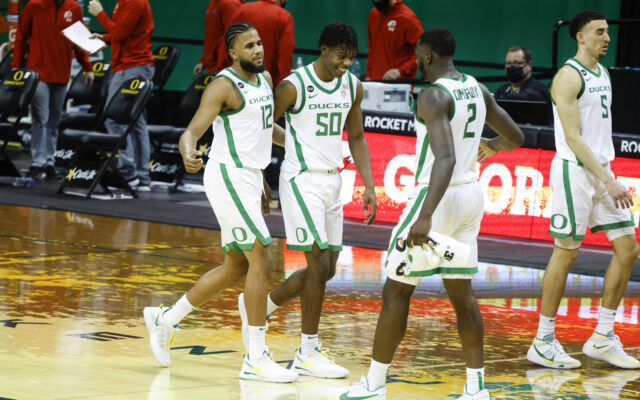 The Oregon Ducks are picking up wins at the right time to get hot before the Pac-12 Men’s Basketball Tournament.

Utah senior Alfonso Plummer hit a game-tying three with 1:36 to go, and then neither team hit a field goal the rest of the game. In fact, the only player to score a basket was Chris Duarte.

The Ducks senior scored three free throws over the final 1:20 to give Oregon the margin to beat Utah.

Utah was led by four players scoring at least 13 points, however the other three players to score only put in six combined points.

The Ducks are just 1.5 games behind the Trojans and UCLA for the top spot in the Pac-12.