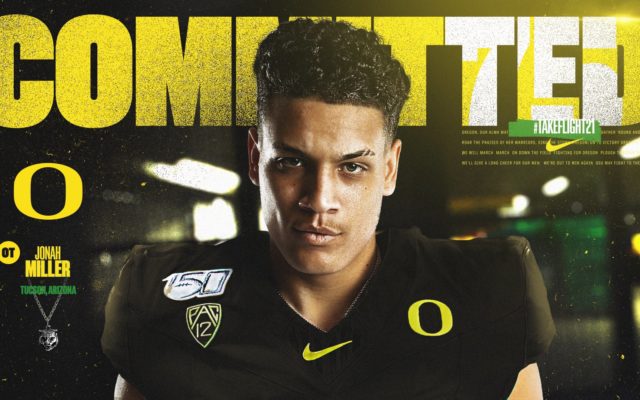 The Oregon Ducks have put together a solid recruiting class for 2021, and on Monday they added another stud to the offensive line.

Miller chose Oregon over six Pac-12 schools, including USC, Utah, Washington; as well as schools like Texas and Florida.

247 Sports ranks Miller as the No. 25 offensive tackle and No. 267 prospect overall nationally.

The Ducks have also received verbal commitments from four-star offensive linemen Jackson Light (committed in October) and Bram Walden (committed to UO on May 8) to join the 2021 class.