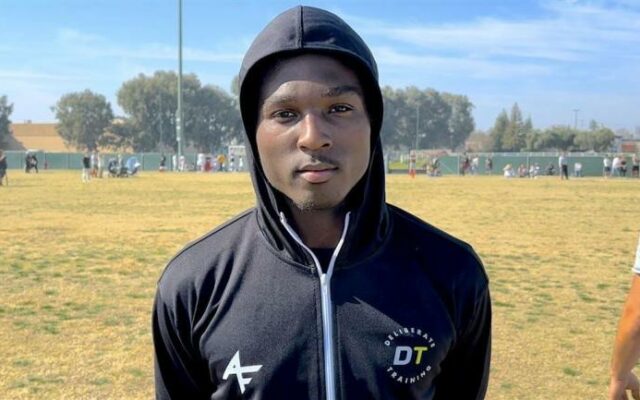 The Oregon Ducks have landed a commitment from class of 2023 wide receiver Jurrion Dickey, a four-star prospect from San Jose, Calif.

His junior season, Dickey totaled 78 receptions for 1,304 yards and 19 touchdowns.

Dickey made his commitment on Monday afternoon on CBS Sports HQ.  He said assistant coach Junior Adams played a significant role in securing his commitment, as did new Ducks head coach Dan Lanning.

Dickey is a native of East Palo Alto, Calif., the same hometown as current Duck Troy Franklin, whom Dickey cites as an influence in his decision to commit to Oregon.

Dickey is entering his senior year in the fall, will be part of the class of 2023, and has already been selected to play in the U.S. Army All-American Bowl in January 2023.  He is the third player in the ’23 class to commit to the Ducks joining defensive back Cole Adams and defensive tackle Tevita Pome’e.