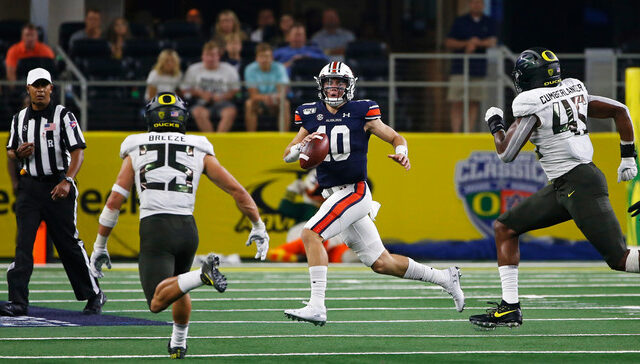 Auburn quarterback Bo Nix faced the Ducks in his first career collegiate game in 2019, and now becomes the favorite to be Oregon's starter in 2022.

The Oregon Ducks added a veteran quarterback from the SEC in Bo Nix, who announced Sunday on Instagram that he is coming to Eugene.

Nix, a three-year starter with the Auburn Tigers, said last week he is entering the transfer portal.

Nix comes to the Ducks joining a quarterback room already with young talent Ty Thompson in the fold as well as Jay Butterfield and Robby Ashford.

Justin Ferguson of the Auburn Observer joined the Bald Faced Truth on Monday to discuss Nix’s decision to come to Oregon after a much-hyped career with the Tigers that did not necessarily pan out.