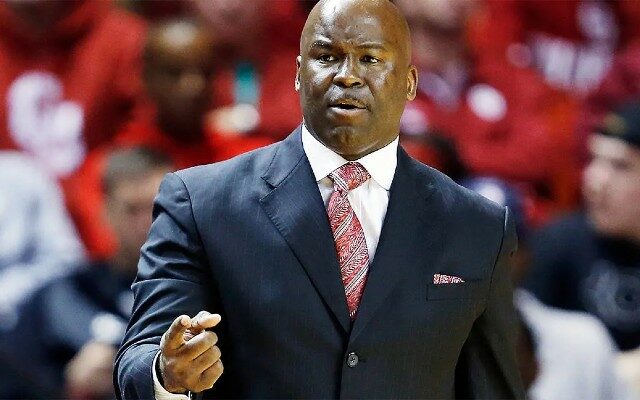 Crutchfield comes to Oregon after spending the 2020-21 season as the head coach at East Central University, and brings with him more than 20 years of collegiate coaching experience at some of the nation’s top programs. Crutchfield fills the spot on Altman’s staff vacated by Tony Stubblefield, who last week was named head coach at DePaul.

“We are thrilled to be able to add a coach of Chris’ caliber to our staff, and are excited to welcome him and his family to the University of Oregon,” said Altman. “He has recruited and developed many elite players throughout his career, and his ability to connect and build relationships with student-athletes will be a tremendous asset for our program. Chris is a proven winner with a history of success everywhere he has been, and we look forward to the significant impact he will have here in Eugene.”

Crutchfield spent eight seasons (2011-19) working under Lon Kruger at Oklahoma, first as an assistant coach before being elevated to associate head coach in 2016. He joined Arkansas as associate head coach for the 2019-20 season prior to taking the head job at East Central University, where he led the Tigers to a 10-9 record in 2020-21.

Oklahoma compiled a 160-105 (.604) overall record and earned six NCAA Tournament bids in eight seasons with Crutchfield on staff, including a trip to the 2016 Final Four. An elite recruiter, Crutchfield was instrumental in the signing and development of Buddy Hield and Trae Young. Hield was the 2016 consensus national player of the year and the sixth overall pick in the 2016 NBA Draft, while Young was selected fifth overall in the 2018 NBA Draft following a historic freshman season.

After Oklahoma, Crutchfield helped lead Arkansas to a 20-12 record in 2019-20, and was key in the development of Mason Jones, an Associated Press honorable mention all-American and AP co-SEC player of the year. Crutchfield also played a big role in the Razorbacks landing a top-five recruiting class in the nation according to ESPN.

Prior to his move to Oklahoma, Crutchfield was an assistant coach at Oral Roberts (2007-11), TCU (2005-07) and New Mexico State (2001-05). He broke into coaching at his alma mater, Nebraska-Omaha, and also had stints at the University of Texas-San Antonio and Tyler Junior College.