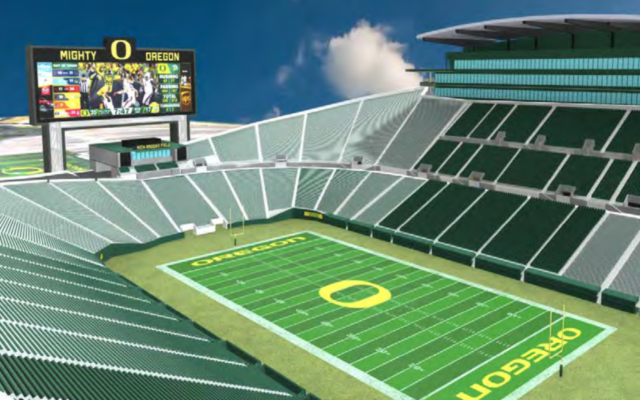 The inaugural schedule of the Dan Lanning era for Oregon football was released on Thursday morning, with the Ducks’ 2022 slate featuring a marquee matchup in the season opener and six games at Autzen Stadium.

Oregon will open the 2022 season against Georgia, the team Lanning is coaching through this season’s College Football Playoff as defensive coordinator before permanently making the move to Eugene. The game will be played on September 3 in Atlanta at Mercedes Benz Stadium.

The Ducks’ 2022 home schedule begins on September 10 against Eastern Washington in Autzen Stadium, with a showdown against BYU on tap the next week in Eugene to conclude the nonconference slate.

Oregon’s Pac-12 Conference schedule opens on September 24 at Washington State, followed by a home game against Stanford on October 1 and at Arizona on October 8. The Ducks will have their bye week the week of October 15.

UO returns to action at home against UCLA on October 22, followed by back-to-back road games at California (October 29) and Colorado (November 5).

The Ducks will host Washington on November 12 and Utah on November 19 to wrap up the 2022 home schedule before closing the regular season against Oregon State in Corvallis on Friday, November 26.

The 2022 Pac-12 Championship Game is scheduled for Friday, December 2, at Allegiant Stadium in Las Vegas.