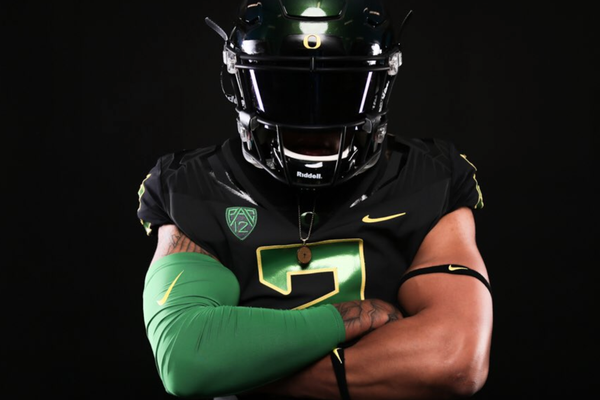 Photo from The Oregonian

The Oregon signee was arrested Wednesday on eight different charges, which include first-degree assault and attempted murder in the first degree.

247Sports was the first to report.

Matt Prehm added some interesting insight on the matter…

4-star CB Luke Hill was arrested and booked into jail on possession of a handgun today. Oregon head coach Mario Cristobal said in a statement to @DuckTerritory that Hill was informed earlier this spring “that he would not be a member of our program.”https://t.co/sxWULghojy