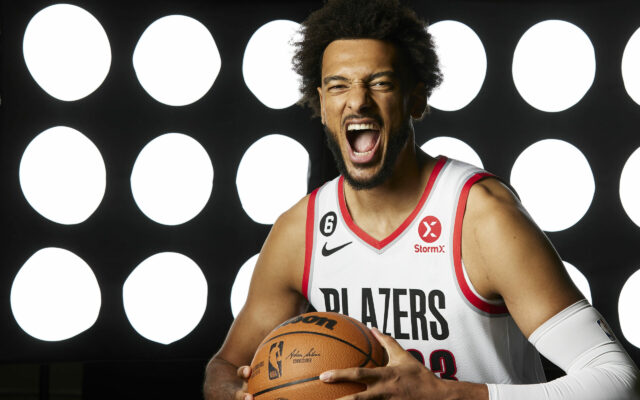 Sarr will be further evaluated in one week, when a timeline for return will be determined.

Earlier Thursday, the team announced it had converted Sarr to a two-way contract, terms of which were not disclosed.

The France native and Kentucky Wildcat alum played in 22 games as a rookie last season with Oklahoma City, averaging 7 points and 4.2 rebounds per game.

The Blazers open the regular season on Wed. Oct 19th at Sacramento.