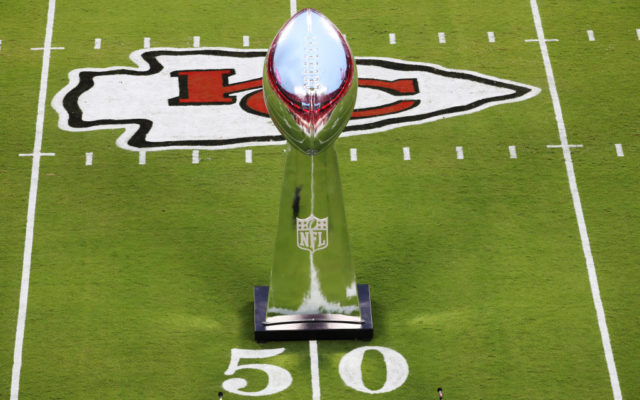 Yes, the NFL season started last night. But the result of Thursday Night Football was not surprising. We all thought the Chiefs would beat the Texans again.

However, as much as everyone knows how good Kansas City is, we don’t really know what to expect with the rest of the league.

Truthfully, these odds seem pretty fair. KC feels like a lock to win the division. I’m a little surprised the Chargers are ahead of Denver, but after Von Miller hurt his ankle I’m less surprised. No arguments here that the Raiders are the worst team in the division.

The defending NFC Champion 49ers are expected to continue their solid play into this season. I’m personally not in a place to be betting money on sports, but even I’m tempted to take Seattle at +225. As long as the Seahawks have Russell Wilson I’ll have faith in them, and I’m a Broncos fan. The Rams and Cardinals have plenty to prove. LA looked awful last year compared to their Super Bowl run in 2018. Arizona could take a big step now that Larry Fitzgerald isn’t the only good WR on the team, looking at you DeAndre Hopkins.

Who I’d bet on: Seattle

NFL MVP Lamar Jackson is back, and we know he’s good in the regular season. He is 0-2 in playoff games, but this is about winning the division so I’m on the Ravens train to do that again. Pittsburgh has Big Ben back and a team hungry to get him back to the playoffs, so the Steelers might be worth betting on as well. The Browns are a year removed from all the “they’re going to the playoffs” hype, and maybe they can actually make the postseason, but they’re not winning the North. As for the Bengals, +2800 feels like an insult, it’s not. Cincinnati may improve, but they’re not winning the division.

Who I’d bet on: Pittsburgh; I’d win more if they won.

Yes, GB and Minnesota have the same odds. I know it says 1. and 2., sorry couldn’t get the formatting to cooperate. Anyway, I’d be tempted to bet on the Packers because I don’t trust Minnesota. Kirk Cousins doesn’t have Stefon Diggs anymore, and Dalvin Cook can’t carry the team alone. Chicago is still led by Mitch Trubisky, for now, so no. Detroit might be a fun sleeper. I think the Lions are better than they’re given credit for here, but I hesitate to say they’ll actually win the division.

Philip Rivers leading the Colts to a division title would be amazing, but it’s not happening. Derrick Henry will have something to say about that, I think Tennessee will be actual the AFC South Champ. Houston willingly trading DeAndre Hopkins for David Johnson still baffles me. Without Hop, I don’t think Houston wins the division, but they could reach make the postseason. My boy, Gardner Minshew II (I’m a WSU Coug grad), is not getting any respect, but the front office Jags doesn’t appear to be trying to win in 2020. So, that’s a bummer.

Who I’d bet on: Tennessee

First of all, Drew Brees vs. Tom Brady for a division title should be one of the more fun things to keep tabs on this year. However, Teddy Bridgewater and Christian McCaffrey are getting zero respect in Carolina with a +2400. I would consider placing a $100 on the Panthers just because if they win, I’d win big. Anyway, they’re probably right. Brees & the Saints and Brady & the Bucs are the most likely to win. Poor Matt Ryan and Dan Quinn don’t have much chance to win this division unless the Falcons defense suddenly plays like it did before their collapse in Super Bowl 51 three years ago.

I’m sure Bill Belichick doesn’t really pay attention to odds anymore than he does what the media has to say about him, but this could add fuel to his fire. Buffalo is good, Josh Allen is improving and they deserve praise. The Patriots are still the Patriots even without Tom Brady because they have Cam Newton now. The former NFL MVP is ready to prove himself, and New England is the perfect place for him to revive his career. The Jets are bad. The Dolphins should be better than they’ve been in recent years, but they’re not winning the division.

Who I’d bet on: New England

The last time Mike McCarthy was a head coach he wasted Aaron Rodgers. Will he make use of Ezekiel Elliott? Can he make Dak Prescott and the deep wide receiver corps better? I don’t know. If Carson Wentz can stay healthy, I think the Eagles snake the NFC East crown away from Dallas yet again. The Giants will be improved, but they’ll have no shot at the division. Washington is a bit of a dumpster fire as an organization, and on the field I have little faith in them. Ron Rivera will help them improve, but not enough for a division title.

Who I’d bet on: Philadelphia

“Sleeper” I could be convinced to bet on: Green Bay

Team(s) I’d bet on for kicks and giggles: None, the bottom eight teams in the NFC stink, sorry not sorry.

“Sleeper” I could be convinced to bet on: Tennessee, New England, Buffalo.

“Sleeper” I could be convinced to bet on: New England, Pittsburgh, Green Bay.

Team(s) I’d bet on for kicks and giggles: None.