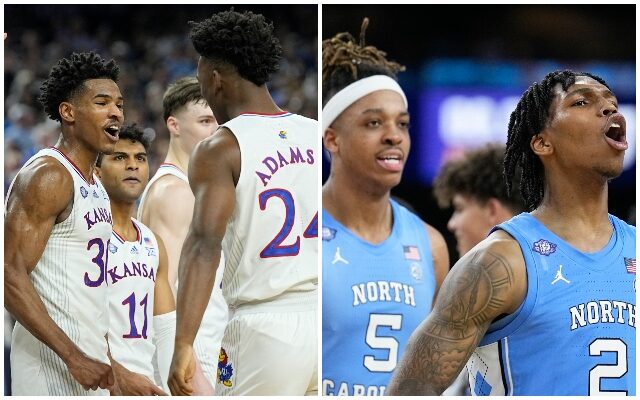 Coverage from Westwood One starts at 3:30 p.m.

Kansas enters the title game following a 81-65 win over Villanova in the semifinal.  This is the Jayhawks 10th appearance in the national championship game.  They are 3-6 in program history in this position, having last won in 2008 over Memphis.  They last appeared in the championship game in 2012, losing to Kentucky.

North Carolina dispatched rival Duke in a classic semifinal, 81-77.  This is the program’s 12th appearance in the national championship game, second-most all-time behind UCLA’s 13.  North Carolina is in the title game for the third time in six seasons, having lost at the buzzer to Villanova in 2016 before beating Gonzaga in 2017 to win it all.

The point spread on Monday’s championship game is Kansas favored by 4.