No Pre-Draft Visits, No Problem; Herbert has Virtual Meeting with Las Vegas Raiders 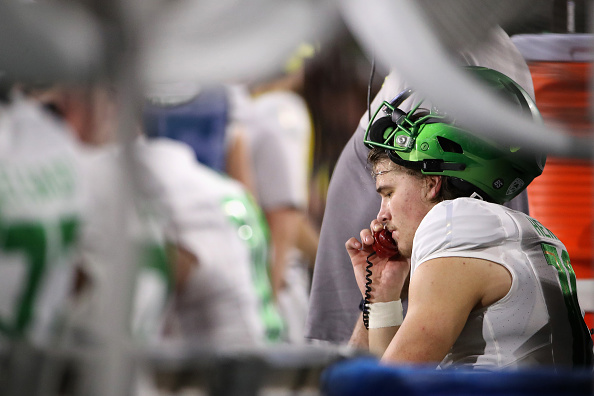 With the NFL suspending all in-person pre-draft meetings due to Coronavirus, teams have turned to FaceTime, Skype, and Zoom meetings with college prospects instead.

With no pre-draft visits due to Coronavirus, teams have turned to FaceTime meetings with prospects instead. For instance, #Oregon QB Justin Herbert has a video call with the #Raiders today, and he’s spoken with the #Chargers, too. Everyone is adjusting to new realities.

NFL teams are permitted three calls with players per week, and those sessions cannot run longer than an hour according to the memo sent to teams earlier in March.

Reminder on the rules from memo a few weeks ago:

The Raiders currently hold the 12th and 19th overall picks in the first round. Herbert is expected to be selected long before the Raiders pick, however Gruden and company are smart to do their due diligence just in case the former Rose Bowl MVP drops to them.