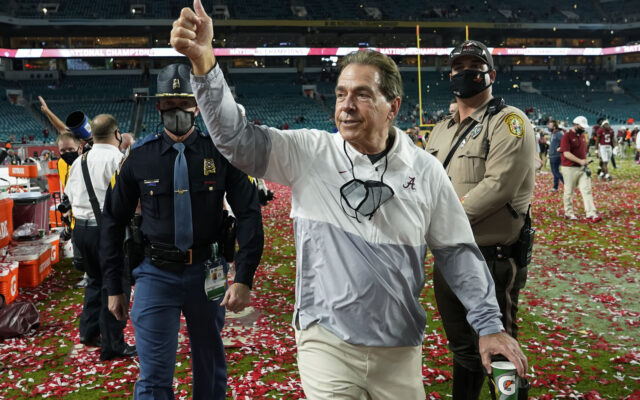 Alabama has approved an eight-year, $93.6M extension for Nick Saban, making him the highest-paid CFB coach in the country, per @AaronSuttles 💰 pic.twitter.com/ea1y3YaNTu

Alabama opens up their season with a home game on September 3rd against Utah State.  But they head to Austin to take on the Texas Longhorns in week 2 of the season.