NFL Playoffs: Divisional Round is set 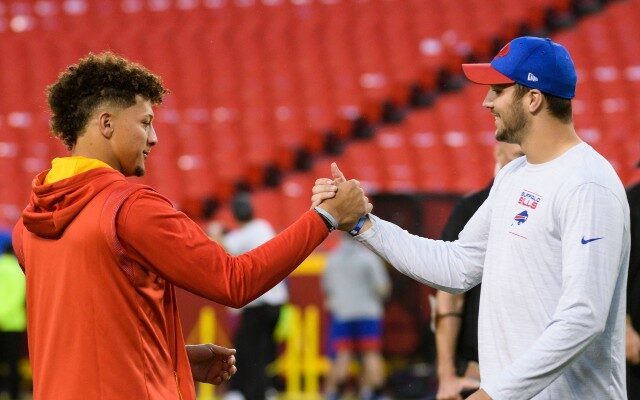 Josh Allen and the Bills got the upper hand on Patrick Mahomes and the Chiefs back in October in Kansas City. Now, the two powerhouses will do battle in Arrowhead for a second straight postseason, with a trip to the AFC Championship on the line (AP Images)

Super Wild Card Weekend is in the books, and we are down to four teams in each conference still vying for a trip to SoFi Stadium and Super Bowl 56.

LA’s own Rams squad blasted division rival Arizona 34-11 to complete the three-day playoff weekend.  Tom Brady and the Buccaneers, the Rams next opponent, look stout in their hopes of going back-to-back.  San Francisco poses a real threat in the NFC, while Joe Burrow’s Bengals don’t want their ride to end, either. This week we finally get to see the one-seeds – Green Bay and Tennessee – plus a firework-promising showdown in Kansas City between Patrick Mahomes and Josh Allen.

Here are the matchups for the Divisional Round of the NFL Playoffs.  You can hear every play on 750-AM from Westwood One.