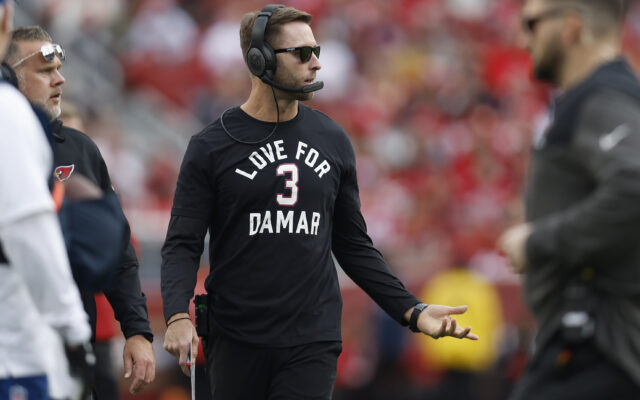 Less than a year after signing him to a contract extension through 2027, the Arizona Cardinals have fired Kliff Kingsbury.

His firing comes a day after the Cardinals lost their season finale, 38-13, to the San Francisco 49ers, completing a 4-13 season. Kingsbury finished his tenure with the Cardinals compiling a record of 28-37-1.

He did take the Cardinals from a five-win team to 11-6 and a playoff berth in 2021, but the Cardinals no-showed in their playoff appearance and struggled to get maximum performance from quarterback Kyler Murray before his season ending knee injury last month.

The Houston Texans let Lovie Smith go after a disappointing season in more ways than one. One of the worst teams in football, the Texans would have secured the top overall pick in this year’s NFL draft with a loss against the Colts. After scoring a late touchdown, Smith had his team go for the two point conversion, and the win, instead of forcing overtime with an extra point.

The team converted the play and won the game, and the Chicago Bears slid into the top spot in the draft.