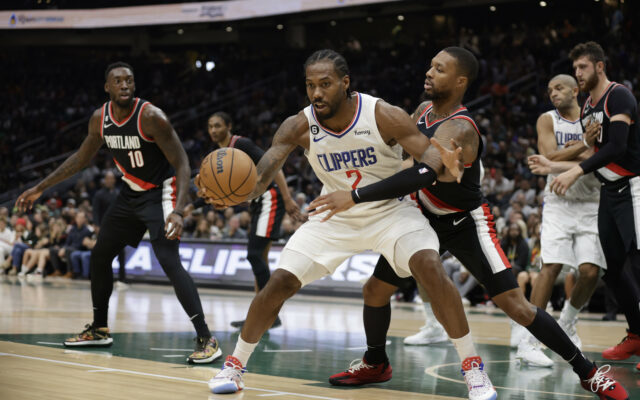 The Portland Trail Blazers took the floor on Monday night for the first time in the 2022-23 season, in a memorable 103-97 loss to the Los Angeles Clippers played at Climate Pledge Arena in Seattle.

While the action itself wasn’t particularly stellar, the game was notable for several reasons; The return of a healthy Damian Lillard (and Kawhi Leonard), Jerami Grant’s Trail Blazers debut, and fans first extended look at rookie Shaedon Sharpe.

Lillard, for the most part, looked like the All-Star of old, shaking off some first quarter rust and displaying a quick first step to the rim. Lillard scored 16 points on 5-13 from the field in 23 minutes.

Grant displayed the versatility on both ends of the floor that had the Trail Blazers eager to acquire him for a first-round pick this offseason. Grant used a bevy of inside/outside moves to score 14 points, including 2/2 from the 3-point line.

Sharpe, who played most of his 15 minutes in the 4th quarter, was more of a mixed bag. He went 0-4 on iffy shot selection and appeared to get lost on defense several times, but he showed flashes of jaw-dripping athleticism, nearly converting a pair of alley-oops and registering a highlight block in the final frame.

The Trail Blazers are back in action Tuesday night, hosting the Utah Jazz at 7pm from Moda Center.