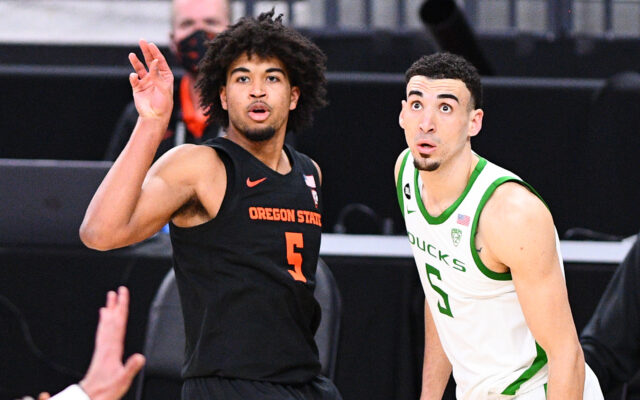 The Pac-12 Tournament Champions, Oregon State Beavers come in as the No. 12 seed in the Midwest region. The Beavers will draw a very tough match-up against the No. 5 seeded Tennessee Volunteers. Tennessee is top-5 in defensive efficiency according to Kenpom, allowing just 63.2 points per game.

Congrats on the PAC-12 tourney championship and excited to watch the ride continue! https://t.co/r59r2fjuKl

As for the Oregon Ducks, the Pac-12 regular season champs, they clocked in at the No. 7 seed in the West region. Their match-up? They will draw the No. 10 seed VCU Rams. Oregon won 11 of their final 12 games prior to their loss to Oregon State in the Pac-12 Tournament semi-finals, and a lot of it can be credited to their hot shooting and depth coming off of the bench.