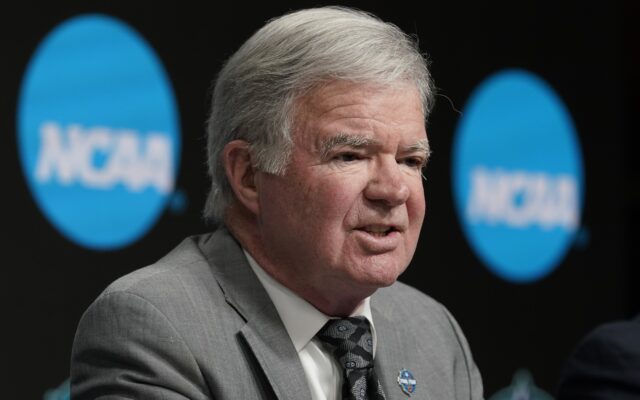 Mark Emmert, president of the organization that runs college athletics since 2010, announced Tuesday he will step down from the position in June 2023.

Emmert had just reached an extension with the NCAA a year ago that ran through 2025.

Almost exactly one year ago, the NCAA’s Board of Governors extended Mark Emmert through Dec. 2025 in a 9pm news dump.

ADs, commissioners, coaches … everyone was livid. I wrote this a year ago about him as the leader of the collegiate model: https://t.co/JLGJrTBIW7 pic.twitter.com/qmULHPNAdE

Emmert is the fifth president of the NCAA in its history, with previous stops as chancellor at LSU (1999-2004) and president at University of Washington from 2004-10.