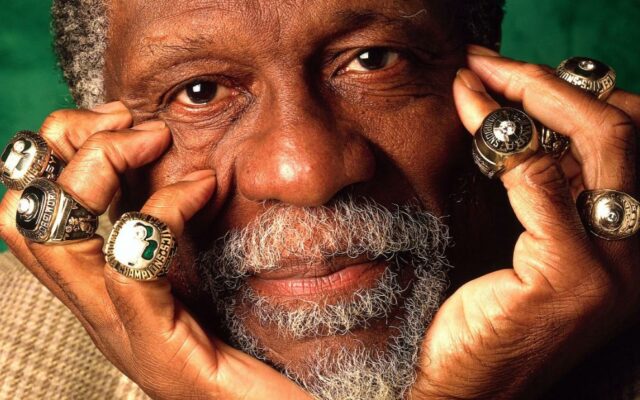 According to Shams Charania, The NBA will retire the No. 6 league-wide honoring the late, legendary player and activist Bill Russell.  This is the first time that the NBA has retired a number league wide.  A Russell commemorative patch on the right shoulder of jerseys and a clover-shaped logo with the No. 6 on courts will be used across the NBA as well for the 2022-23 season.

The NBA will retire the No. 6 league-wide honoring the late, legendary player and activist Bill Russell.

Russell was an 11 time NBA champion and a 5 time league MVP.  NBA commissioner, Adam Silver, said in a statement,  “Bill Russell’s unparalleled success on the court and pioneering civil rights activism deserve to be honored in a unique and historic way.  Permanently retiring his No. 6 across every NBA team ensures that Bill’s transcendent career will always be recognized.”

As it was when MLB retired Jackie Robinson’s #42 jersey.  Current players who wearing #6 will still be allowed to wear it.  But now the the number will never be re-issued to a new player.  A total of 25 players wore No. 6 during the 2021-22 season, including Lakers star, LeBron James.

Russell died July 31 at the age of 88. The Boston Celtics won eight straight titles from 1959 to 1966 among his 11 overall, including two as both a player and serving as the NBA’s first Black coach.