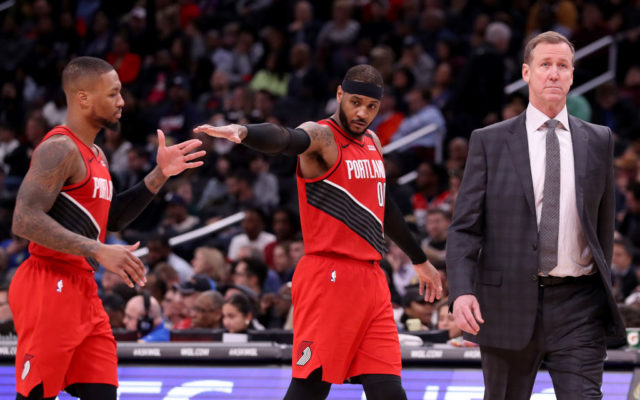 ESPN obtained the NBA’s 100-plus page safety plan and broke it down to the most important questions facing the league. Some of the questions didn’t really have an answer.

What happens if a player tests positive for COVID-19?

The player will be isolated and then retested to avoid a false positive. If the positive test is confirmed, the player would begin treatment and be kept in isolation for at least 14 days. A player would have to pass cardiac tests “before a return to basketball is even considered”.

How often will people (players, staff, etc.) be tested?

The NBA doesn’t actually give specifics beyond saying “regularly,” which obviously could vary. “Under certain circumstances they might be tested daily, according to ESPN’s Brian Windorst and Tim Bontemps.

How many people would have to test positive for the NBA to stop again?

Another question without a specific answer. What the safety plan does say is “the occurrence of a small or otherwise expected number of COVID-19 cases will not require a decision to suspend or cancel the resumption” of the season. So, not very helpful.

What happens if a player doesn’t want to show up in Orlando?

Finally, another actual answerable question. First, if a team can determine if a player is at a higher risk “for severe illness from COVID-19,” that player can be designated as a “protected” player. The protected player does NOT have to report, and they will not lose salary.

On top of the team deciding, “a panel of three medical experts will review players’ medical histories” and then determine if a player is at a higher risk for severe illness from COVID-19. Here, that player will also be “excused” and would not be docked salary.

However, if a player doesn’t fit either of the above criteria and declines to show up, “he will lose a corresponding number of game checks. For example,  a player making $10 million per year will lose roughly $108,000 per game missed for up to 14 games.”

Players can challenge the “protected” status, but “a panel of physicians will have ultimate authority”.

Also, if a player is out with a season-ending injury and is unable to play in Orlando, like Rodney Hood, he will still receive full pay.

What about older coaches?

San Antonio’s Gregg Popovich (71) and Houston’s Mike D’Antoni (69) are just two of the older head coaches whose teams were invited to play in Orlando. Similar to the players, teams can designate a coach or other staffer protected. However, if a team doesn’t declare someone who fits “the profile” (coaches over 65) as protected, then the league has “the option to refer the matter to a physician for review.”

“If the league physician determines the coach’s risk factors ‘present a direct threat to his or her health were the individual to participate in the agreed-upon competition,’ then the league can exclude the coach from being allowed onto the campus.”

Upon arrival, teams will be required to “self-isolate in their hotel rooms for up to 48 hours until they have two negative COVID-19 tests.” Obviously, this is to ensure no one inside the bubble has the virus.

Players and staff can’t go to each other’s rooms. Through July 21, players can’t meet up with players staying in the other hotels to limit the spread IF there is an outbreak. There will be three hotels used.

Each of the 22 teams will have their own chef and food room “open up to 24 hours a day”. Room service will be available through an app.

Everyone will be required to use a “Disney MagicBand” which serves as the hotel room key and to check in for medical screenings, including COVID-19 testing. People won’t have to wear the MagicBand if they’re playing basketball or working out.

Each hotel will have a players lounge with video games, card tables and more. People on the campus will be allowed to use pools, trails and golf courses.

Teams can practice and work out in “three-hour blocks in various arenas and hotel ballrooms throughout the campus.”

Who is in the team’s travel party?

Each team will have 37 people inside the NBA campus; up to 17 players, and then support staff, which includes coaches, trainers, strength coaches, equipment managers, security and front-office personnel. “Teams are being encouraged to bring a mental health professional.” If they don’t bring a mental health professional, teams “make telehealth appointments available,” particularly if “any player experiences increased feelings of anxiety and stress upon transitioning to the campus and being away from household family members.”

“As teams advance in the playoffs, they will be allowed to add and swap out members of the travel party.” Teams can add two staffers after advancing to the second round of the playoffs and two more after reaching the conference finals. Multiple coaches had been pushing the league to adopt adding staffers as the teams advance, according to ESPN.

The top four seeds in each conference (Milwaukee, both LA teams, Denver, Utah, Boston and Miami) will be at the Gran Destino Tower. The No. 5 through No. 8 seeds from each conference (Indiana, Philadelphia, Brooklyn, Orlando, Houston, OKC, Dallas and Memphis) will stay at the Grand Floridian. Meanwhile, the six currently “non-playoff” teams (Portland, Washington, New Orleans, San Antonio, Sacramento and Phoenix) will stay at the Yacht Club.

Guests will not be allowed until the first round of the playoffs is complete. Players will pay for their guests rooms.

“To be allowed onto campus, guests will have to self-quarantine for a week, then quarantine and be tested at least every other day for three days in either the home market or outside of the NBA’s campus in Orlando. Anyone who tests positive during this period won’t be allowed to enter the NBA campus. Upon entry into the bubble, guests will have to quarantine and be tested every day for four days. Anyone who tests positive during this period must self-isolate in league-designated accommodations on the campus,” according to ESPN.