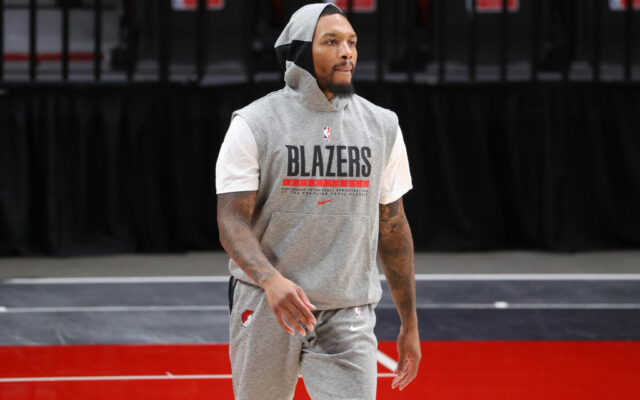 The annual NBA General Manager survey is usually one of the more cut-and-dry operations, but it can have surprises too.

Usually, the GMs are pretty predictable with how they will vote on things like MVP and Finals Champion.

For example, last year Giannis Antetokounmpo was picked to win MVP for a second straight season. They selected him again to win for 2020-21, which would make him the fourth player to ever win three years in a row.

Damian Lillard was in the “also receiving votes” category for MVP last year, but he was not for 2020-21.

However, some things are a little different.

Each season the GMs are asked to rank the top four teams in each conference. Here is how the GMs picked the West this year:

General Managers expect more out of Portland, Dallas and Phoenix after they showed improvements throughout last year, the bubble and offseason additions.

The only category that Portland led the way was not much of a shock.

Which player would you want taking a shot with the game on the line?

As for other categories involving the Blazers…

Which player forces opposing coaches to make the most adjustments?

Who is the best point guard in the NBA?

Stephen Curry took the top spot at 30% with Damian Lillard at 22%.

Last year, Curry took the category EASILY (90%) with Dame still in second (7%) but by a decidedly wider margin.

Which team made the best overall moves this offseason?

Honestly, this feels like an insult to a degree, but maybe Portland’s moves are just being undervalued by some GMs. Speaking of…

What was the most underrated player acquisition?

Robert Covington’s move from Houston to Portland was tied for second with Steven Adams going to New Orleans (11%). Serge Ibaka signing with the LA Clippers was deemed the top “underrated” acquisition at 15%.

Derrick Jones Jr. was given the “also receiving votes” distinction for this category.

If you’re wondering where the “best leader in the NBA” question is, it just wasn’t asked this year. Lillard won that last year with 41% of the vote, Curry was second at 37%.