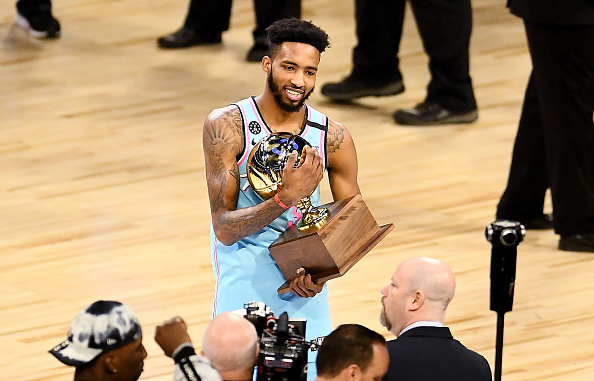 Recapping all of the action from NBA All-Star Saturday:

The defending three-point champion, Devin Booker, set the bar with 27. Buddy Hield was able to match Booker’s score, and Davis Bertans racked up 26 points to claim the third and final spot in the Final Round.

Bertans went first, but was unable to match his opening round score. Booker moved into the lead with 26 points on his final run. Then Hield caught fire hitting on seven of his final eight shots, including the last money ball shot of the contest to dethrone the defending champ.

The final round between Gordon and Jones Jr. was arguably one of the best of all time. Iconic dunks led to a dunk-off, and as close of a finish as you could imagine.

Derrick Jones Jr. flew over two people, between the legs, and finished with authority.

Aaron Gordon deserves an 800 for this dunk. Might be one of the best ever.#ATTSlamDunk pic.twitter.com/P1lNLqOrHH

Gordon answered with a ridiculous dunk of his own, but ultimately fell short again in the eyes of the judges.