REPORT: Chauncey Billups to become next head coach of the Trail Blazers 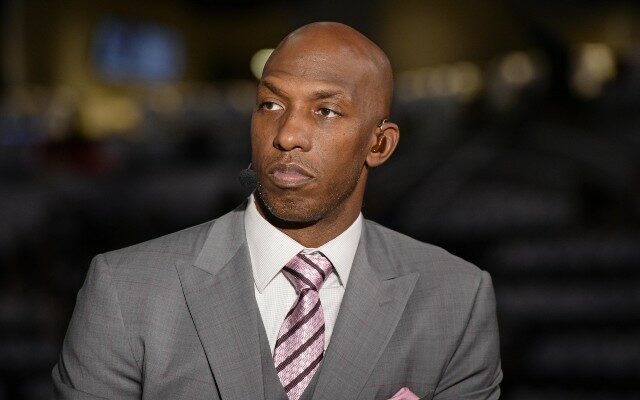 Shams Charania of The Athletic reports on Twitter that Chauncey Billups will be the new head coach of the Portland Trail Blazers.

Billups — the 2004 NBA Finals MVP — was offered the Trail Blazers job tonight and will be the new Portland coach. https://t.co/R05tXu0KLP

Billups will be the 15th head coach in the history of the Trail Blazers franchise.  He succeeds Terry Stotts, who parted ways with the club after nine seasons, including eight consecutive playoff appearances.

ESPN’s Adrian Wojnarowski and The Athletic’s Shams Charania report via Twitter that the Trail Blazers have all but finalized an offer to Chauncey Billups to be the franchise’s next head coach.

Chauncey Billups has emerged as the frontrunner to be offered the Portland Trail Blazers head coaching job, sources tell ESPN.

The Portland Trail Blazers are locked in on Clippers assistant Chauncey Billups as their new head coach and are hopeful to finalize a deal, sources tell me and @sam_amick.

Billups was previously reported to be a finalist for the job, along with Becky Hammon and Mike D’Antoni.

Woj characterizes Billups as having “emerged as the frontrunner to be offered”, while Charania says the team is “locked in” on Billups and are “hopeful to finalize a deal”.

Billups is in his first season as an assistant coach under Ty Lue with the Los Angeles Clippers.  Billups played 17 NBA seasons, made 5 NBA All Star teams and won the 2004 NBA Finals with the Detroit Pistons where he won the Finals MVP award.