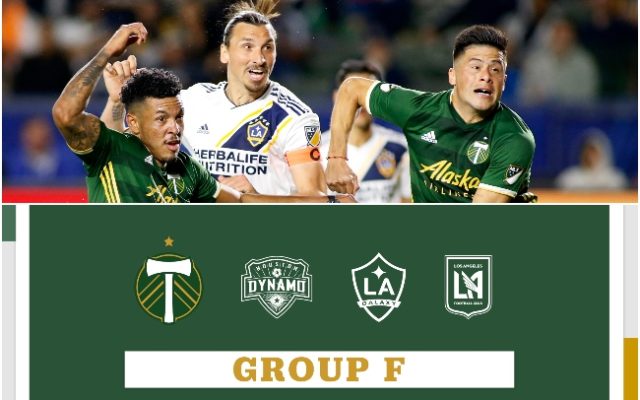 The MLS is back! (well almost). Earlier today, the league held a live drawing to determine the group assignments for each of the 26 clubs in the upcoming MLS is Back Tournament at ESPN Worldwide Sports Complex in Orlando, FL. The tournament is scheduled to begin on July 8th, with Orlando City and Inter Miami kicking if off.

As for Portland, the Timbers were randomly drawn as the last team in the field and will join LAFC, LA Galaxy and the Houston Dynamo in Group F.

The selections are locked in!

For the #MLSisBack tournament, we will be in Group F, taking on @LAFC, @LAGalaxy and @HoustonDynamo. #RCTID pic.twitter.com/fLHLhwrKPj

Each team will play three group stage matches, and those results will count in the 2020 MLS regular season standings.  After 16 consecutive days of group stage matches, the top two teams from each group along with the four best third-place finishers will move on to the knockout stage. The knockout stage will include a Round-of-16, Quarterfinals, Semifinals, and the Championship match will take place on August 11. Matches tied at the end of regulation in the knockout phase will proceed directly to a penalty kick shootout.

MLS worked with U.S. Soccer, Canada Soccer and Concacaf to institute a one-time change to MLS berths to the annual Scotiabank Concacaf Champions League. The MLS is Back Tournament winner will earn a spot in the 2021 Scotiabank Concacaf Champions League, regardless of whether it is a U.S. or Canadian club. The winner would replace the berth previously awarded to the MLS regular season points leader in the conference opposite of the 2020 Supporters’ Shield winner.

In addition to matches that count in the regular season standings and the Champions League berth, players will have the opportunity to earn additional bonuses as part of a $1.1 million prize pool.

August 11: MLS is Back Tournament Final

The #MLSisBack tournament is set. What’s the toughest group? 🍿 pic.twitter.com/q8rPSi7PQ8