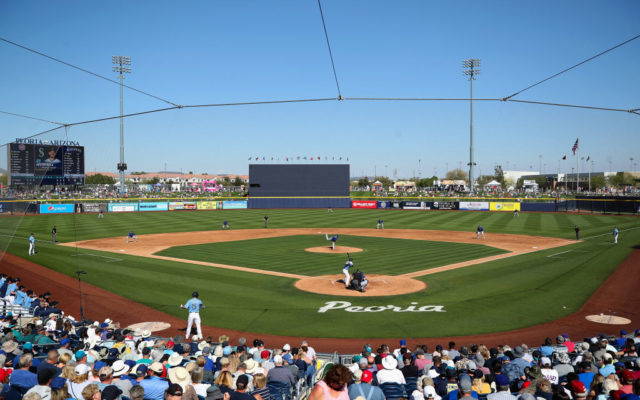 Major League Baseball has rejected the players association’s proposal for a 114-game 2020 season, according to Ken Rosenthal of The Athletic.

The league will not send a counter offer, which puts means another standstill between the owners and players.

MLB rejected the union’s proposal for a 114-game season and said it would not send a counter, sources tell The Athletic. The league said it has started talks with owners about playing a shorter season without fans, and that it is ready to discuss additional ideas with the union.

Rosenthal and Evan Drellich report MLB “informed the MLBPA it has started talks” with owners about playing a “shorter season without fans,” and the league is ready to “discuss additional ideas with the union on that subject.”

However, the discussion over player’s pay shows “no signs of abating.”

If the league and the union “are to reach a new agreement, they will need to act quickly to play a season as long as 82 games,” if they want to start around July 4. “While no hard deadline exists for a deal, the players likely will need a minimum of a month to report to camps and participate in preseason workouts before the season can begin,” according to Rosenthal and Drellich.