Marshawn Lynch Willing to End Retirement to Play for a Contender 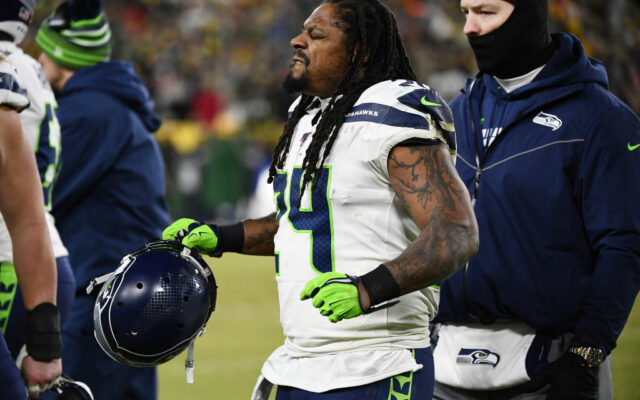 Marshawn Lynch has retired twice. Could he really un-retire a third time?

“If the situation is right, then I mean, it could happen,” Lynch said. “I’ve been asked the question by a couple teams here recently. Like, ‘Are you ready?’ I’m ready if you all are Super Bowl ready. That’s what it would take me to come out, to come and play again. It would have to be a guaranteed Super Bowl game for me.”

Now, as far as the legitimacy of Lynch returning, I’m skeptical.

Pittsburgh, the LA Rams and Buffalo are all contenders, but I don’t believe in them enough to get past the three teams I listed above.

Of those top three teams, none of them really need a running back.

However, those “next three” teams all could use Lynch in some capacity.

Pittsburgh has four backs who have played this season. However, James Connor — who has dealt with COVID already this season — and Benny Snell Jr. are the main backs. Connor leads the team with 645 rushing yards, and Snell is second with 260 yards.

Lynch could be a nice addition for the Steelers. He wouldn’t be a great option if Connor and Snell get hurt, but if those two stay healthy then he’d be perfect for short yardage situations — goal line or otherwise.

With all of that said, this move might kill Seahawks fans the most out of all the options. I’m sorry for even bringing up Super Bowl XL.

First of all, the LA Rams should give Cam Akers the ball more, and they also have Darrell Henderson Jr., but Lynch could still fit there too.

Henderson is the team’s leading rusher with 564 yards, while Akers is close behind with 528 yards (including 171 on Thursday night against the Patriots).

Lynch could be the goal line back, but the Rams are also not convincingly ready to compete for the Super Bowl.

Also, if he goes to a rival NFC West team — who might even win the division — that would be hard to swallow too. I’m not a Seahawks fan so this doesn’t hurt me as much to write as it might for you to read, sorry…

Devin Singletary and Zack Moss have been solid for the Bills. Singletary has 544 rushing yards to lead the team while Moss is third with 292 yards on the ground, behind quarterback Josh Allen’s 322.

However, if there’s a team (besides Seattle) that I’d want to see Lynch on, it’s Buffalo. He played there for the first three-plus seasons with the Bills.

He had his reunion with Seattle last year, why not reunite with Buffalo in 2020? The obvious answer is Buffalo is probably not a contender. They could compete with Kansas City, but I don’t think they can beat the Chiefs.

Honestly, I’ve probably wasted your time reading this because I don’t think he signs anywhere in 2020.

Lynch in the NFL is good for EVERYONE. However, I just don’t think he puts a team over the top from Super Bowl participant to Super Bowl Champion.

Finally, to any Seahawk fans who think they’re contenders and are offended I didn’t list Seattle. Sorry not sorry.

The defense is not good enough right now to win the Super Bowl, and you know it. Also, they just lost to the Giants so I don’t think I’m wrong to say the Hawks aren’t legitimate contenders.

You can watch the clip of Lynch talking about returning here, and the full interview between O’Brien and Lynch here.