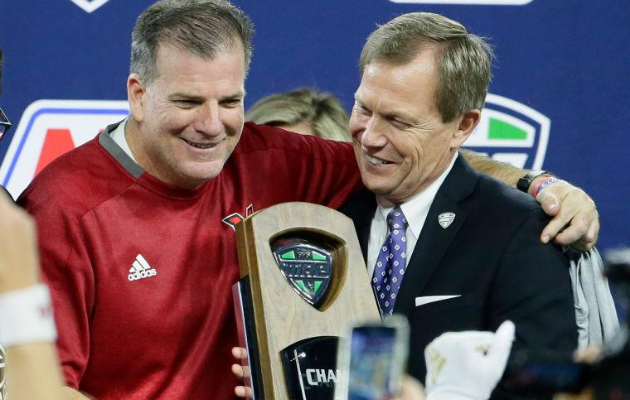 The Mid-American Conference announced they would postpone their fall sports seasons, and they hope to play the seasons in the spring.

From the AD who has been the most vocal advocate for playing this spring. https://t.co/dcN51RR9yk

Then, three hours after the MAC’s announcement, Bretty McMurphy dropped this bombshell on Twitter.

As expected, no Power 5 schools have made any commitment to moving the football season yet. However, the Big Ten decided to slow down their football practice plans.

Big Ten will not proceed to padded practices, instead remain w/helmets only. Big Ten: “We understand there are many questions regarding how this impacts schedules, as well as the feasibility of proceeding forward with the season at all”