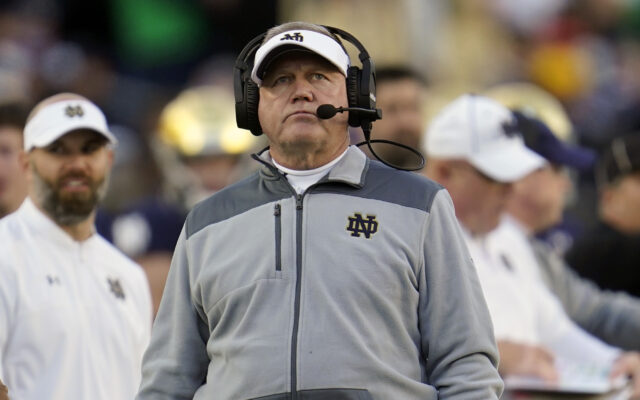 Brian Kelly is leaving Notre Dame after 11 seasons to join LSU on a 10-year contract for 9.5 million per season, the school announced Tuesday.

Kelly replaces Ed Orgeron who was the Tigers Head Coach from 2016-2021 and went undefeated with a national championship victory in a remarkable 2019 season. The previous two seasons for LSU have been underwhelming, going a combined 11-11.

Expectations are understandably high for LSU but Kelly’s record speaks for itself, his 263 FBS wins are third amongst active coaches just behind Nick Saban and Mack Brown. The last three hires at LSU have all won national championships: Orgeron- 2019, Les Miles- 2007, and Nick Saban- 2003.

The Search Is Over

Brian Kelly has been named the next LSU Football coach! pic.twitter.com/AaZBOE2koc

“Brian Kelly is the epitome of a winner,” LSU athletic director Scott Woodward said in a news release. “He has built and sustained success at every program he’s led, from multiple undefeated regular seasons and national coach of the year honors to national titles and College Football Playoff berths. His credentials and consistency speak for themselves.”

Kelly is the winningest coach in Fighting Irish history, has made a pair of Playoff appearances, and surprisingly had Notre Dame in the mix again this season. The lone thing missing from his record is a National Championship victory.