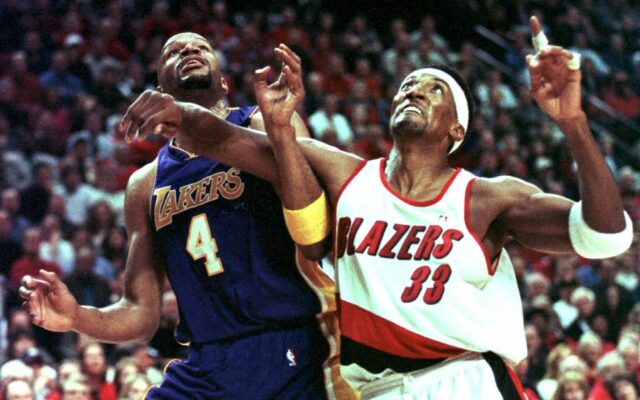 It’s always cool to see former Trail Blazers around town.  Wednesday, it was none other than Scottie Pippen who posted to his socials, showing him and his former Chicago Bulls teammate (and later Lakers rival) Ron Harper hanging around downtown.

Pipp and Harper played together with MJ’s 90’s Bulls four seasons from ’94 – ’98, winning two titles as teammates.  The two met as rivals in the epic 2000 Western Conference Finals. We don’t remember how that series finished.

Nevertheless, between these two friends, there are 11 NBA championship rings.

And props to Harper for the Fab 5 shirt.  Nice.