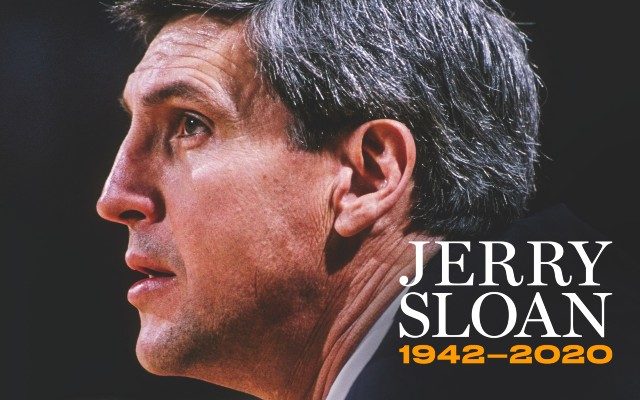 Jerry Sloan, Hall of Fame coach and longtime coach of the Utah Jazz, passed away Friday at the age of 78.

Sloan passed away from complications from Parkinson’s disease and Lewy body dementia, per a statement from the Utah Jazz.

Sloan ranks second on the NBA’s all-time list for consecutive games coached with one franchise (1,809), and also owns the second most wins with one team (1,127). Sloan is one of just seven coaches in league history to win at least 50 games in 10 different seasons (Rick Adelman, Don Nelson, Pat Riley, Phil Jackson, Gregg Popovich and George Karl). Sloan’s 16 consecutive winning seasons (1988-2004) are fourth-most all-time (Popovich-22, Jackson-20, Riley-19) and he joined Popovich (22), Jackson (11) and Red Auerbach (11) as the only four coaches in NBA history to have 10 straight winning seasons with one team. Sloan was the first coach to ever win 1,000 games with one franchise and was the fifth coach in NBA history to record 1,000 career wins.

From the Utah Jazz:

“Jerry Sloan will always be synonymous with the Utah Jazz. He will forever be a part of the Utah Jazz organization and we join his family, friends and fans in mourning his loss. We are so thankful for what he accomplished here in Utah and the decades of dedication, loyalty and tenacity he brought to our franchise.

“Our Hall of Fame coach for 23 years, Jerry had a tremendous impact on the Jazz franchise as expressed by his banner hanging in the arena rafters. His 1,223 Jazz coaching wins, 20 trips to the NBA Playoffs and two NBA Finals appearances are remarkable achievements. His hard-nosed approach only made him more beloved. Even after his retirement, his presence at Jazz games always brought a roaring response from the crowd.

“Like Stockton and Malone as players, Jerry Sloan epitomized the organization. He will be greatly missed. We extend our heartfelt condolences to his wife, Tammy, the entire Sloan family and all who knew and loved him.”