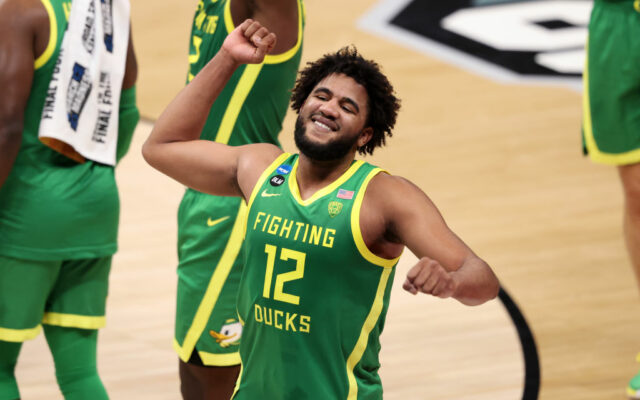 There was a thought that LJ Figueroa could return to Oregon for another year of eligibility, but today the senior guard announced he is hiring an agent and turning professional.

Figueroa was a key piece of the Ducks success in the 2020-21 season that included a regular season Pac-12 title and an appearance in the Sweet Sixteen of the NCAA Tournament.  LJ averaged 12.3 points and 6.1 rebounds a game, starting 21 of his 26 games played in his only season with the Ducks after transferring from St John’s.