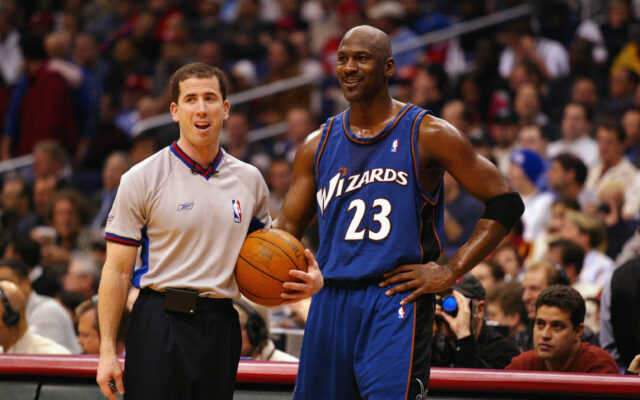 LOS ANGELES - FEBRUARY 12: Michael Jordan #23 of the Washington Wizards talks with referee Tim Donaghy during the game against the Los Angeles Clippers on February 12, 2003 at Staples Center in Los Angeles, California. The Wizards won 108-104. NOTE TO USER: User expressly acknowledges and agrees that, by downloading and or using this photograph, user is consenting to the terms and conditions of the Getty Images license agreement. (Photo by Lisa Blumenfeld/Getty Images)

Donaghy revisits his story, compares different eras of the NBA, and answers a variety of questions as it pertains to refereeing.