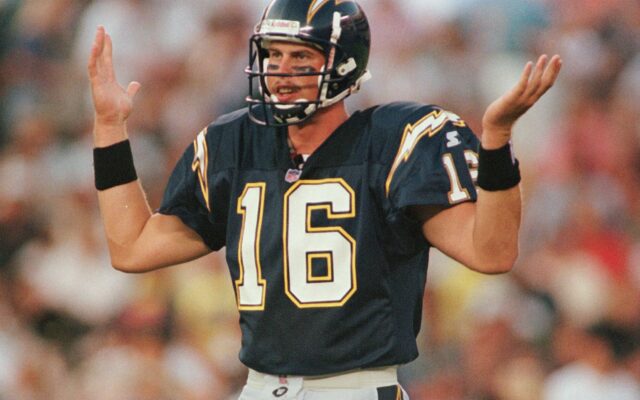 FILE - In this Aug. 8, 1998, file photo, San Diego Chargers rookie quarterback Ryan Leaf, the No. 2 selection in the NFL draft, tries to figure out what play is being called from the bench during the first quarter against the San Francisco 49ers in an NFL football game in San Diego. Leaf labels himself as “the biggest bust in draft history”. The second pick in the 1998 draft after a stellar career at Washington State, Leaf played in only 21 games with the Chargers over three seasons and threw 33 interceptions with only 13 touchdowns while going 4-14 as a starter. (AP Photo/Kent Horner, File)

Ryan Leaf joins the BFT with John Canzano to talk about some of his life experiences and talks quarterbacks in the playoffs and the Pac 12: