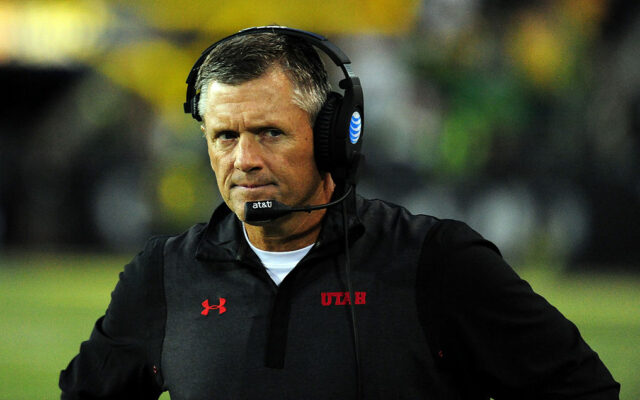 EUGENE, OR - SEPTEMBER 26: Head coach Kyle Whittingham of the Utah Utes paces the sidelines during the second quarter of the game against the Oregon Ducks at Autzen Stadium on September 26, 2015 in Eugene, Oregon. (Photo by Steve Dykes/Getty Images)

Josh Newman covers the Utes football program for the Salt Lake Tribune. He joined Friday’s BFT to preview the showdown in Eugene.